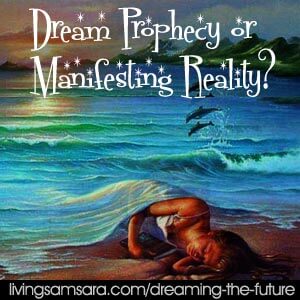 What Do Dreams Mean?

What Do Dreams Mean?

Depends on what you mean…are we asking what do dreams mean in general? Or dreams as phantom projections of your mind?

Why do you think the Yaqui shamans of Mexico and Amazonian put emphasizes on dreams?  The realm of magickal power.

In the article, I cover aspects of subconscious, theology, symbolism and shamanism relating to dreams.

Nothing on dream precognition, this article will be going over the psychological, theological and mystical topics.

There are essentially 3 types of dreams:

RELATED : How To Lucid Dream

What Do Dreams Mean? The Subconscious Mind Is The Realm Of Dreams

What do dreams mean pertaining to phantom projections?

I’ve mentioned is exactly what it is. projects images we’ve seen throughout the day that has emotions glued to it. 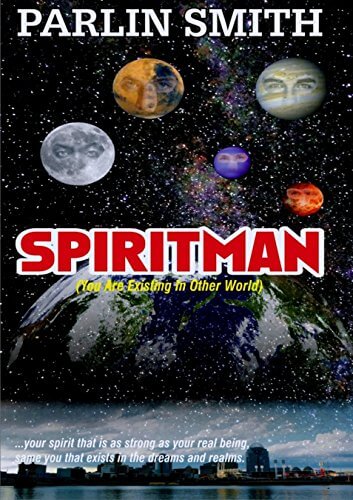 Burning desires ignited within our mind-soul.

Psychologists believe they swim up from the deep abyss our subconsciousness.

Our subconscious mind controls all the involuntary actions taking place within your body.

90% of our behavioral pattern comes from the subconscious mind, meaning you and I control only 10%!

Freaking insane, to be honest.

Dreams are impartial, spontaneous products of the unconscious psyche, outside the control of the will. They are pure nature; they show us the unvarnished, natural truth, and are therefore fitted, as nothing else is, to give us back an attitude that accords with our basic human nature when our consciousness has strayed too far from its foundations and run into an impasse. –  “The Earth Has a Soul: The Nature Writings of C.G. Jung”

An amazing educational on what do dreams mean book from brilliant German psychoanalyst Carl Jung. Jung is Freud 2.0. 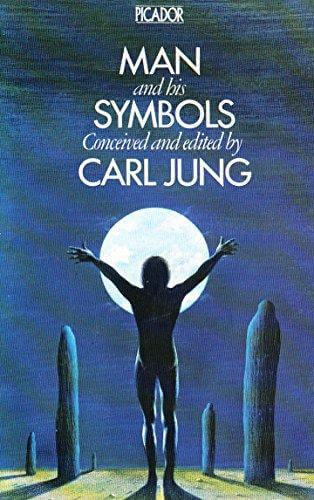 Think Freud on steroids. Carl Jung’s “Man and His Symbols“, Carl Jung describes myths and legends are nothing but primordial soup of ancient dreams.

The collective consciousness is a universal library storehouse of information.

Remember the princess in distress, saved by her knight in shining armor?  He slayed the dragon and saved her.

A purely allegorical story of dreams.  Dreams portray a literal or a symbolic stance.

Yes I know….very strange.
The dragon refers refereed to our lower nature.
A victory must take place by killing the dragon is killing that lower ego full of lust desires and pride. We all have it.
You ever why women are more intuitive? And more drawn to psychic stuff like, tarot card reading, for example?

Mostly women!  In the ancient days women were shamans because of their strong connection to the universal mind.

Messages from the mind are either precognition or subconscious messages, as I mentioned before.

Telling you to cut the bullshit and change your ways!

I agree with Carl Jung what he states here… 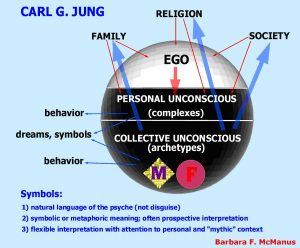 I have made several comparisons of this kind been modem and primitive man. Such comparisons, as I shall show later, are essential to an understanding of the symbol-making propensities of man, and of the part that dreams play.

For one finds that many dreams present images and associations that arc analogous to primitive ideas, myths, and rites.

These dream images were called “archaic remnants” by Freud ; the phrase suggests that they arc psychic elements surviving in the human mind from ages long ago. This point of is characteristic of those who regard the unconscious as a mere appendix of consciousness (or, more picturesquely, as a trash can that collects all the refuse of the conscious mind).dreams interpretation biblical(are dreams from god)

As I said earlier, they also represent phantom projections of our own subconscious. 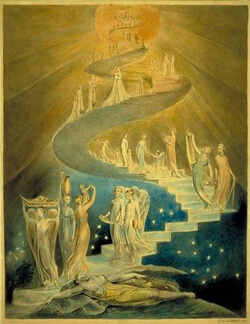 Ecclesiastes 5:3 – For a dream comes with much business, and a fool’s voice with many words.

Job 33:14-18 – For God does speak—now one way, now another— though no one perceives it. 15 In a dream, in a vision of the night, when deep sleep falls on people as they slumber in their beds, 16 he may speak in their ears and terrify them with warnings, 17 to turn them from wrongdoing and keep them from pride, 18 to preserve them from the pit, their lives from perishing by the sword.

What Do Dreams Mean: Buddhism And Dreams Life Is But A Dream!

Tibetan Buddhism believes as well the higher realms are dream realms.  Buddhism puts much emphasizes on dreams.
The soul experiences creates realities from its own mind.  A very strange paradox, isn’t it?

The mind and soul are intimately connected.
I believe they’re one in the same.  Mind energies is literally soul energy.
Tibetan Buddhism called the realms Bardos (states–the dreamy in-between states of consciousness.).  A precipice between worlds.
The soul believed to be going through mystical transformations.  Negative or positive transformations.
Depending on a person’s mystical practices in their daily life.  True theology is soul work.
A mind blowing mystic named Andrew Hawock dedicated his life to dream yoga, says this..

The central orienting view in the Tibetan tradition of “thanatology” (the study of death and dying) is that of the bardos.  This Tibetan word “Bardo” is translated as “gap, interval, intermediate state, transitional process, or in between” and usually refers to the gap between lives. According to the Tibetan teachings, there are three death bardos: the painful bardo of dying, the luminous bardo of dharmata, and the karmic bardo of becoming – Andrew Holecek 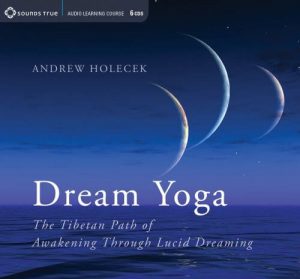 According to Tibetan Buddhism, waking life is a dream state.
No different than dreams at night or periods between life and death.
Remember, the”heavens” are real dream worlds with beings experiencing the same reality.
Buddhists cosmology views the physical realm a version of a dream realm!.
Energy and matter are one in the same.  Everything interconnects.
Dream yoga/lucid dreaming practices give you access through higher heavens of reality.
Buddhism claims 7 levels of higher of dream realities.

Andrew Hawock goes on by saying….

The power of thought and habit becomes the overwhelming issue in this bardo. Thought becomes reality—just like in a dream. But unlike a dream, we can’t wake up and take refuge in a solid body.

The winds of karma pick up strength the further we go, recognition becomes increasingly difficult because of a developing panic, and unless you know what’s going on and can direct these winds into a fortunate realm of existence, you will be tossed uncontrollably into your next life.

In this regard it is like a dream. We eventually do take refuge in a new form, and wake up into our next life. – Andrew Holecek

What Do Dreams Mean? Animal Mythologies In Dreams

I’ve touched a bit upon what do dreams mean as animal symbolism.

Rest assure some myths are true projections of OUR subconscious primordial archetypes. 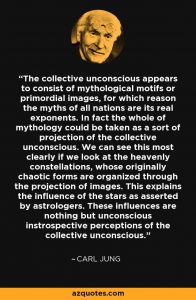 BUT, do not think for a second, real entities don’t exist outside our reality, or inside…..

If you want to know more on that, then skip to the next section of the article of shamanism and dreams.

The conscious and subconscious.

All psychic activity sits in the realm of the subconscious as well.

“you’re such a pig headed Ahole!”  You ever hear that expression?  Or “Pig out”?

In dream symbolism, pigs are swine and dirty.

“Get off me you PIG!”.   Our subconscious swims with animal and mythological symbolism.

In the minds of many people, the pig is closely associated to dirty sexuality. (Circe, for example, changed the men who desired her into swine.) The dog may stand for loyalty, but also for promiscuity, because it shows no discrimination in its choice of partners. The kangaroo, however, is often a symbol for motherliness and tender carrying capacity.

All these animals present only rudimentary traits, and even these are senselessly contaminated. In alchemy, the “prime material” was often represented by such monstrous and fabulous creatures — mixed forms of animals. In psychological terms, they would probably symbolize the original total unconsciousness, out of which the individual ego can rise and begin to develop toward maturity. – Man And His Symbols 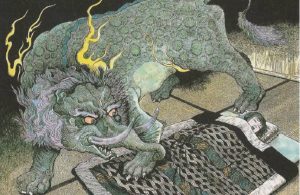 He goes on by discussing the theological aspects of our consciousness.

Myth/theological stories stem from our subconscious deeply connected to the unconsciousness (universal God-mind).

Greek mythology is full of animal symbolism. Zeus, the father of the gods, often approaches a girl whom he desires in the shape of a swan, a bull, or an eagle. In Germanic mythology, the cat is sacred to the goddess Freya, while the boar, the raven, and the horse are sacred to Wotan.

Even in Christianity, animal symbolism plays a surprisingly great part. Three of the Evangelists have animal emblems : St. Luke has the ox, St. Mark the lion, and St. John the eagle. Only one, St. Matthew, is represented as a man or as an angel. Christ himself symbolically appears as Lamb of God or the Fish. – Man And His Symbols

What Do Dreams Mean? Shamanism Dreams

One of the most underrated and mysterious out of all systems.  Shamanism is more concerned with the practical side of reality. 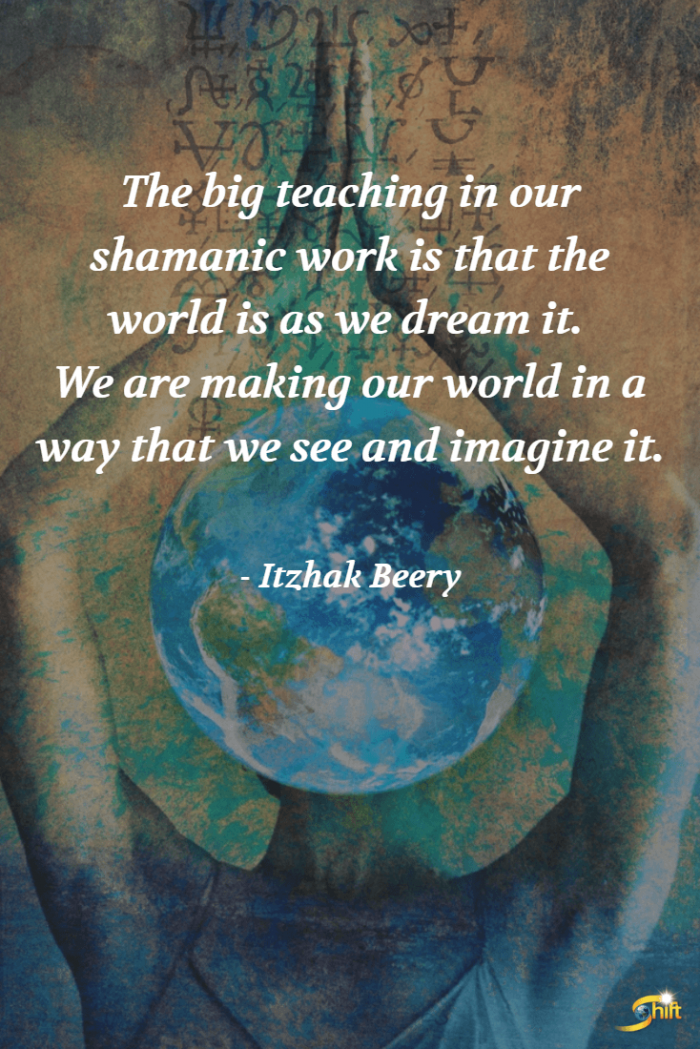 Why do  shamans put much emphasizes on dreams?
While esoteric theology falls into universal principles and origin stories.
Dreaming to them is the gateway to other worlds.  Anthropologist Carlos Castaneda from UCLA was an apprentice for a Yaqui Shaman.
Don Juan Matus was no joke and the real shabang.
He opened Carlos’s mind to the world of shamanism.
Don Juan claims through dreaming, we raise conscious awareness and receive mystical gifts beyond imagination.

Dreaming is the gateway to the power of sorcery.  Sorcerer’s do not dream normal dreams.  The universe is predatory of nature; It’s quality feminine, more so that of dream. – Yaqui Shaman, Don Juan Matus

The shamans believe you’re are a ball of light of awareness existing multidimensionally .
Shamans call the ball an “assemblage point” because it’s the energetic point of your “I” conscious awareness.
Another term is Chakras. 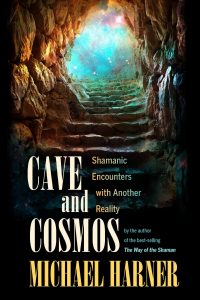 The ancient mystics or sorcerers knew the secrets of our multidimensional bodies.

The ancient mystics or sorcerers knew the secrets of our multidimensional bodies.
They believed that your other “bodies” FORM through dreams practices that move your assemblage points.
The purpose for ascending to astral realms after physical death.

The physical realm is the lowest dimension of experience.  Remember, this as a spiritual realm but matter as the ruling factor in this dimension.

Energy and matter one in the same, again science has proved this over and over again.

There are seven gates,” he said as a way of answering, “and dreamers have to open all seven of them, one at the time. You’re up against the first gate that must be opened if you are to dream. on Juan explained that there are entrances and exits in the energy flow of the universe and that, in the specific case of dreaming, there are seven entrances, experienced as obstacles, which sorcerers call the seven gates of dreaming – Don Juan Matus: Carlos Castaneda: The Art Of Dreaming

What Do Dreams Mean?  The Gates Of Dreaming

What Do Dreams Mean?  The Inorganic realm 2nd gate of dreaming.

I won’t be diving into each and every gate, but I will talk about the “inorganic realm” briefly. 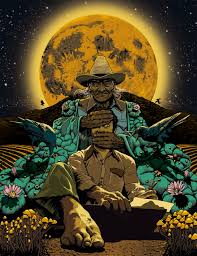 Buddhism believes demi-gods or djinns of the Quran are entities existing on other dimensional planes.  Shamans call them “Inorganic beings“.

The first gate is lucid dreaming.

About 20% of people had one lucid dream at least in their life.  Astral entities use our dreams as energy.

Remember the subconscious is the realm of magick and also EMOTIONS. Subconscious runs our emotional patterns and behaviors.

Inorganic beings need our “emotional” organic energy, since they lack emotions themselves, according to shaman beliefs.

A realm above ours is the inorganic realms.  Shamans believe a person passes through the “gates of dreaming’  in order to reach perfect spiritual perfection of mind-body-soul!

To build your dreaming power we use chants, meditation and subconscious programming with constant reality checks.

The practical mystical journey has its place in evolution of the soul.