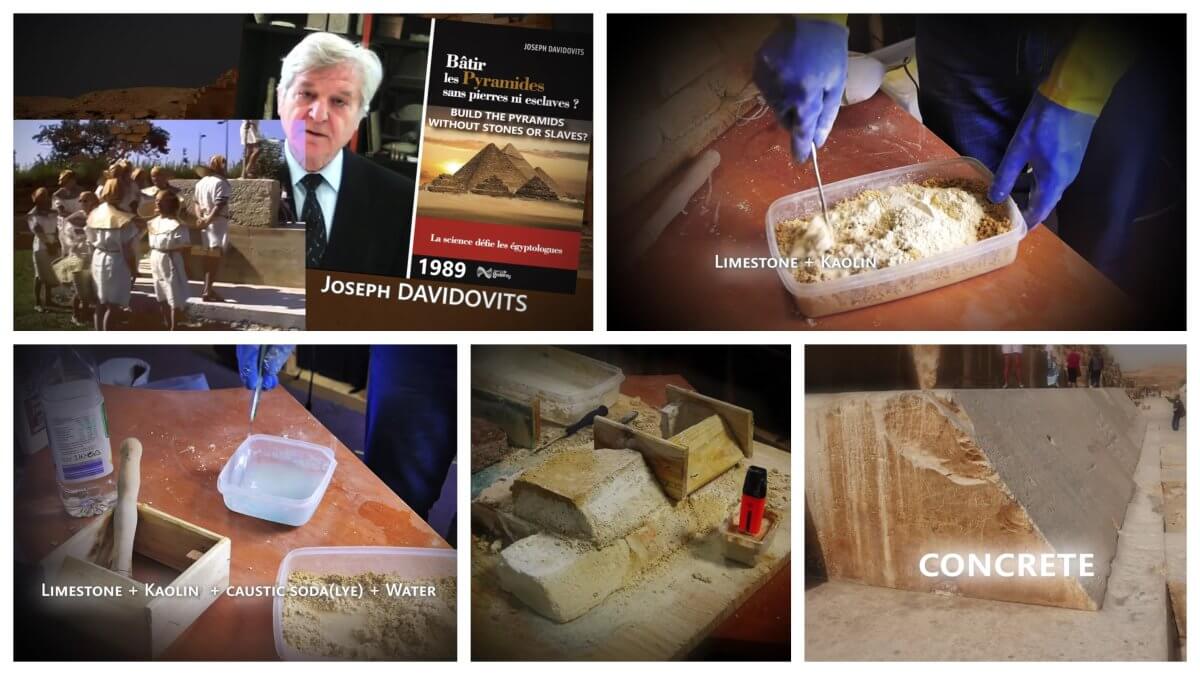 How Were The Egyptian Pyramids Built

How Were the Egyptian Pyramids Built: Were Ancient Sites Created By Geopolymers (Liquid Stone)?

All this time, our mainstream system of education might have been wrong about how the Egyptians built the great pyramids.

For over 4,000 years, these structures have lasted through fire, brimstones and erosional weathering. 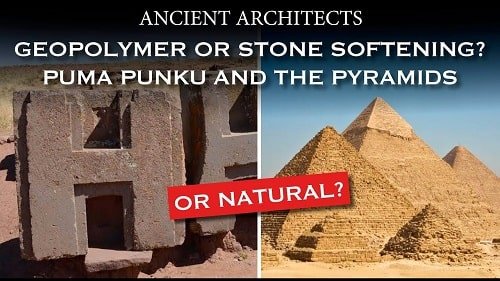 They’ve taught us the ancient Egyptians built the pyramids, quarried the stones by thousands of shirtless sweating slaves dragging and hauling ass on these massive ton weighing blocks through the searing desert sand.

This outstanding accomplishment is so mind blowing we conjure up alien intervention, which might not be very far from the truth in terms of some type of knowledge handed down.

Remember, nothing by copper chisels was being cut in the quarries which probably quickly gone through lightning speeds of wear and tear and pretty tough to imagine which little to no evidence or discovery of copper tools.

We also see the lack of hieroglyphs/drawings that show the blueprints.

How Were the Egyptian Pyramids Built: A New Theory by french material scientist 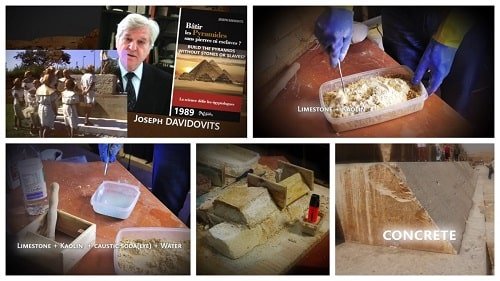 perfect such divine wonder of tightly fitted blocks which lasted this long.

His theory obviously caused a ruckus among Egyptologist, historians and other material scientists.

Davidovits’s theory caused quite a stir among Egyptologists, historians, materials science researchers, and anyone who cared that a well-established explanation for the construction of something as iconic as an Egyptian pyramid was being turned on its head. Not only that, but if the Egyptians cast block in place from an early form of concrete, many established theories assigning the invention of mass-produced concrete to the Romans would be off by a few thousand years.

I  mean, who wouldn’t be angry that someone comes along with this new theory and jeopardizes all the historians and Egyptologist works from books, research papers and their rep.

A professor named Michel Barsoum of material sciences at Drexel university, from Egypt, was blown away by his theory and put it to the test. 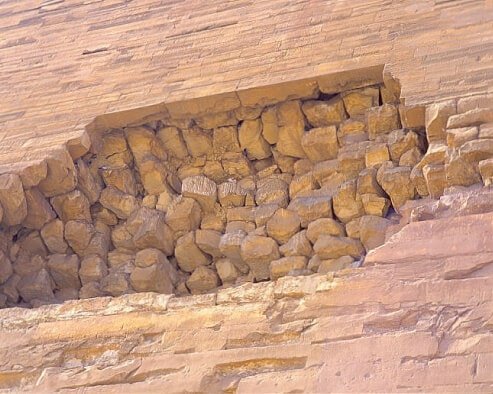 He originally had 0 interest in the Egyptian pyramids until the geopolymer theory completely slapped the curiosity in him.

A graduate student named Adrish Ganuguly along with Barosum began studying the samples from the inner and outer pyramid casings.

They thought it would a quick run of the mill of a months of work, but little did they know their research put them on a long deep journey for 5 years.

At the end of the story, his assumptions were wrong, but his overall theory provided some proof.

One would imagine that modern scientists with electron microscopes could prove in short order whether Davidovits was correct. Michel Barsoum, professor of materials science at Drexel University and a native of Egypt, never meant to get into the study of the pyramids but was amazed to hear Davidovits’s theory. Barsoum was more amazed to find that no one had proved—or disproved—the idea.

RELATED: 10 Best Cases Of The Eye of The Sahara Was Once The Center Of Atlantis

Barosum proposes that most of the pyramid or the foundational stones are from geopolymers, but not all.

He believes whoever built the pyramids used a combination of geopolymers and quarry stones. 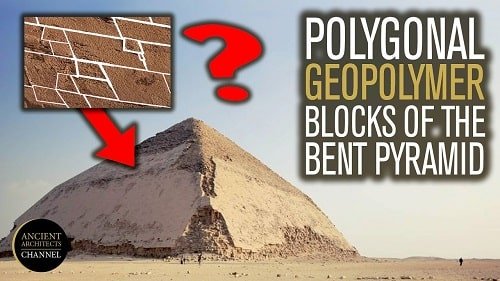 Here’s one image from the pyramids of Giza that reveals a massive gash of block casing, with one of them showing an unusually irregular lip.

Geopolymer casing stones tightly locked around the quarried limestone like a piece of a puzzle, which shows this irregular lip that’s missing the piece.

Barsoum believes that only the exterior casing blocks and the blocks at the higher levels of the pyramids were cast geopolymer blocks. This makes sense:

The casing blocks were visible, so cast-in-place block with extremely accurate “joints” would be appropriate to exterior application. And the blocks at higher levels of the pyramids were harder to reach for quarried blocks hauled up ramps—replacing these with cast-in-place geopolymer blocks made the process easier.

How Were the Egyptian Pyramids Built:  Composition Result Of The Casing Stones

He found the composition wasn’t the right material as davidtoz assumed they used clay but a different type of geopolymer composed of diatomaceous earth, which is a naturally occurring substance found in sedimentary rocks formed from fossilized algae. 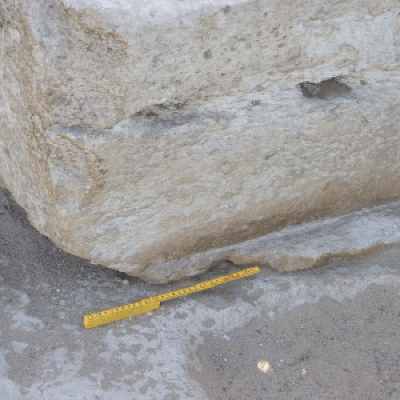 His electron microscope analysis shows the Egyptians didn’t use clay in the geopolymer mixture, as Davidovits proposed, but a diatomaceous earth, a naturally occurring, commonly found soft sedimentary rock formed from the fossilized remains of algae.

Barosum concludes that Egyptians used both man-mad cast blocks along with limestone block quarried in combination, which would make the traditional theory partly correct.

Watershed Materials, with the help of the National Science Foundation, has been exploring just that. Two phases of SBIR grants have been applied toward creating durable concrete masonry from the geopolymerization of alumina silicates found naturally in common earthen materials.

If we’re successful, we may be able to revive part of the science that allowed the Egyptians to make man-made stones so durable that they’ve not only lasted for over 4,000 years but have also fooled modern historians by appearing identical to geologically formed, quarried rock.

A professor of material sciences at Massachusetts Institute of Technology modified/added to Davidovits’s theory and Barsoum’s research.

When water is present, natron salts become alkaline, which induces a geopolymer reaction.

The Romans were another one that used geopolymer casings in their structural wonders. 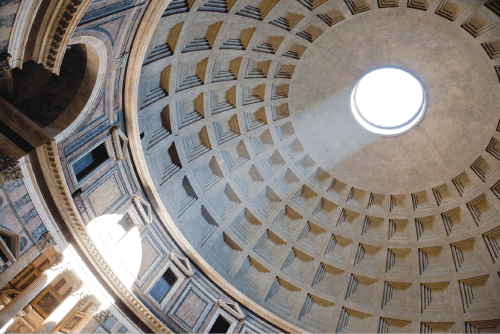 The Romans formed a type of geopolymer, which includes a type of volcanic ash in their mixture. They combined volcanic ash mined from places like the island of Pozzollo abundant with lime and can make a strong concrete at a low temperature (which the Romans didn’t have tech to heat up 2,000 degrees like today with modern Portland geopolymer concrete).

The Romans are often cited as inventing concrete, and they surely perfected its use. The Pantheon in Rome is to this day the largest unreinforced concrete dome, still standing 2,000 years later.

The Romans couldn’t have made a concrete of the type we make today—they didn’t have kilns capable of super heating limestone to 2,000+ degrees Fahrenheit. Rather, the Romans pioneered a form of geopolymer concrete.

Other Ancient Locations Which Are Thought To Use Geopolymers

Pumapunka is another megalithic site which have seemingly awe aspiring  technology. 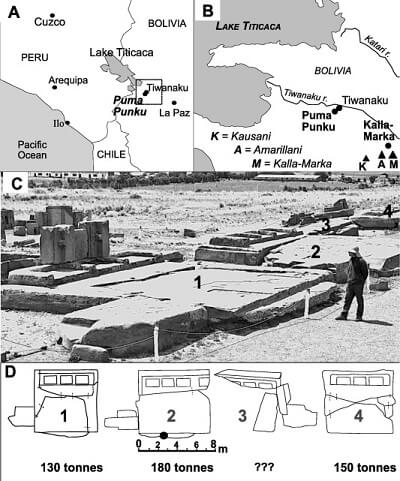 It’s speculated that the organic material is some kind of extract from local plants that was added into andesite sand to form a type of cement.

They studied a red sandstone and andesite under an electronic microscope and the result showed an artificial creation possibly using a ferro-sialate polymer.

They thought they hardened the sandstone and the andesite for months before they use them in their massive monuments.

“Carbon-based organic matter does not exist in a volcanic rock formed at high temperatures because they are vaporized. It is impossible to find it in andesite rock.

And because we found organic matter inside the volcanic andesitic stone, scientists will have the opportunity to carry out a Carbon-14 dating analysis and provide the exact age of the monuments,” Luis Huaman, a geologist at Universidad Catolica San Pablo, Arequipa, Peru, said in a statement

3 megalithic blocks weighing anywhere from 130 to 180 tonne each from Pumapunku, Bolivia is comparable to other geological sandstones from the area.

The blocks studied were from the Kalla-Marka geological site, which was cemented to an amorphous ferro-sialate geopolymer matrix formed by human activity along with some extra alkaline salt (natron) from the Laguna Cachi in Altiplano Bolivia.

This study aims to present an extensive and detailed review on the reaction mechanisms of alkali–activated materials, dividing them into two large groups, depending on the amount of calcium oxide contained in its chemical composition.
Materials with reduced amounts of calcium (Ca / (Si + Al) <1) are defined as precursors of low calcium content, also named as geopolymers, and are therefore predominantly aluminum silicates.
Researchgate.net/publication/Reaction_mechanisms_of_alkali-activated_material