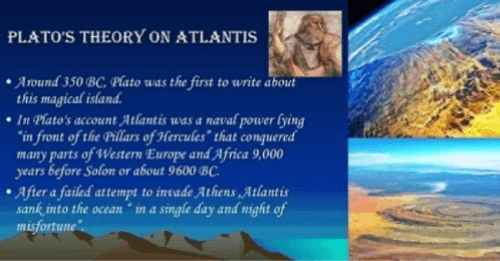 10 Evidences Proving The Eye Of The Sahara Was Atlantis

Richat Structure Atlantis: 10 Best Cases Proving The “Eye of The Sahara” Was The Ancient City Of Atlantis

The Richat Structure is a winner winner chicken dinner as the most likely place of Atlantis.

The TONS of coincidences are SO massive that they’re no longer coincidences, but patterns which tell a historical campfire tale.

Solon spent 10 years in Egypt learning their ways and stories.

The Egyptian high priests told the mystery history of Atlantis to Solon, which then Plato’s ears received the tales.

His first stop was Egypt. There, according to Herodotus, he visited the Pharaoh of Egypt, Amasis II. According to Plutarch, he spent some time and discussed philosophy with two Egyptian priests, Psenophis of Heliopolis and Sonchis of Sais. A character in two of Plato’s dialogues, Timaeus and Critias, claims Solon visited Neith’s temple at Sais and received from the priests there an account of the history of Atlantis.

The entire Richat Structure is 40-50 km wide, yet the outermost concentric ring just grazes nearly at 23.5 km in diameter. 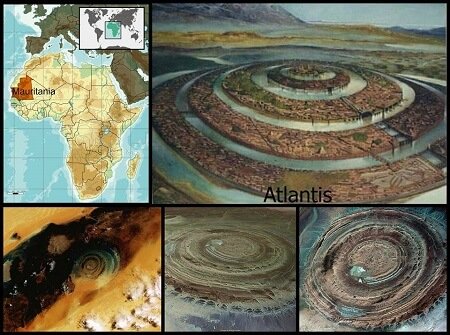 It has been suggested that the concentric rings of the Richat Structure match the dimensions given by Plato for Atlantis. The YouTube video by Bright Insight says that Plato gave the diameter of Atlantis as 127 stadia, or 23.5 km (38 miles). The entire Richat Structure is 40-50 km wide, yet the outermost raised concentric ring is not far off 23.5 km in diameter. Perhaps this could indeed have been the location of Plato’s Atlantis?

One of the only of the few places which has that concentric look.

Although it’s believed that this was a natural formation and not some man-made zones. 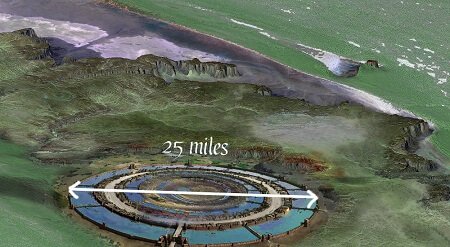 Poseidon fell in love with her, and had intercourse with her; and, breaking the ground, enclosed the hill in which she dwelt all round, making alternate zones of sea and land, larger and smaller, encircling one another; there were two of land and three of water, which he turned as with a lathe out of the center of the island.

Is it just another coincidence? 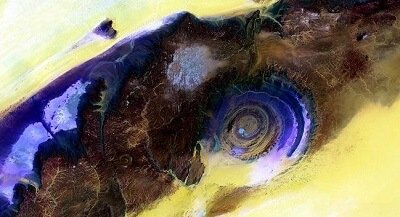 To be honest, there aren’t many structures like that on Earth.

The Richat structure is one of the few locations that can compete in the ring with Plato’s description.

The whole country was described as being very lofty and precipitous on the side of the sea, but the country immediately about and surrounding the city was a level plain, itself surrounded by mountains which descended toward the sea; it was smooth and even, but of an oblong shape.

4) Richat Structure Atlantis: Contains Mountains From The North And A Canal In The South Corner

Just above the north border of the Richat Structure is a row of vast mountains.

There’s a small canal type of opening right in the south-west corner of the Richat. 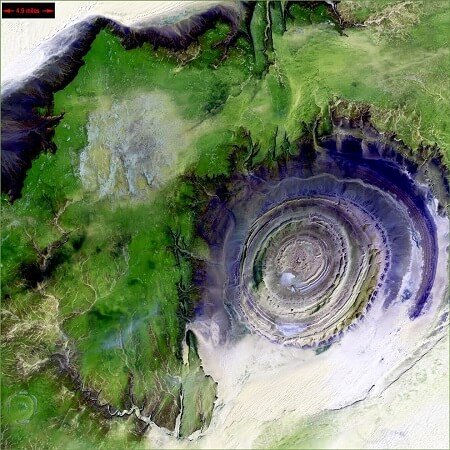 What’s the chances of these pile of coincidences happening?

Extremely slim to none.

The whole country was described as being very lofty and precipitous on the side of the sea, but the country immediately about and surrounding the city was a level plain, itself surrounded by mountains which descended toward the sea; it was smooth and even, but of an oblong shape, extending in one direction three thousand stadia, and going up the country from the sea through the centre of the island two thousand stadia; the whole region of the island lies toward the south, and is sheltered from the north.

Plato talks about the nations involved with Atlantis. 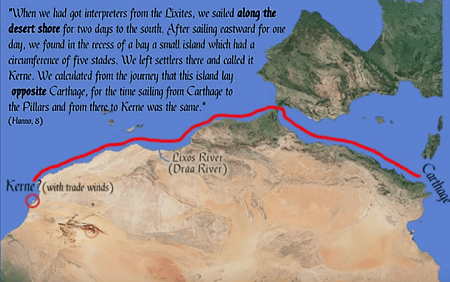 It’s not the Americas, Antarctica, or other locations.

And the surrounding nations associated with the Atlanteans?

The younger Dryas theory states that a massive comet smashed into earth 12,000 years ago.

The story of the floods, destruction, tsunamis from all the myths might be this apocalyptic event seen at one time in our history told by the world in their own myths.

We all know that Solon visited Ancient Egypt and received the tales of Atlantis from the Egyptian priest.

Solon told Plato the destruction took place about 10,000 years ago.

The story of Atlantis was told to Plato around 2,000 years ago.

That’s the same time of of the younger dryas theory.

According to the diagram above, the phenomenon associated with the Younger Dryas seem to have began at around 12900BC and ended at around 11600BC. Plato’s given chronology on Atlantis, at 9600BC, and all other archaeological discoveries found so far (e.g. Gobekli Tepe, the submerged city off the coast of west India in the Gulf of Cambay, and others) all indicate that known human growth started at around 11500BC and immediately after the Younger Dryas period (in other words, the Younger Dryas phenomenon itself could not have disrupted this particular period of human development, especially the one Plato refer to as Atlantis).

The color of the stones of Atlantis were white, black, red of Atlantis.

We find the same black and red, some white stones at the Richat Structure. 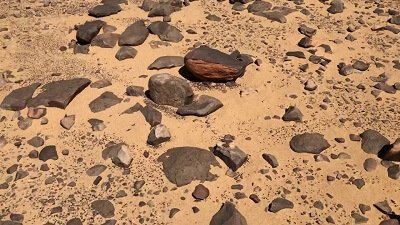 One kind of stone was white, another black, and a third red; and, as they quarried, they at the same time hollowed out docks double within, having roofs formed out of the native rock. Some of their buildings were simple, but in others they put together different stones, which they intermingled for the sake of ornament, to be a natural source of delight.

Plato said that the destruction of Atlantis happened over night.

The Richat structure itself looks like it got hit by a tsunami caused by some massive meteorite.

You can tell by the striations that looked brushed off from left to right.

But afterward there occurred violent earthquakes and floods, and in a single day and night of rain all your warlike men in a body sunk into the earth, and the island of Atlantis in like manner disappeared, and was sunk beneath the sea.

This is probably the most obvious game show prize giveaway.

HE just shouts it out. 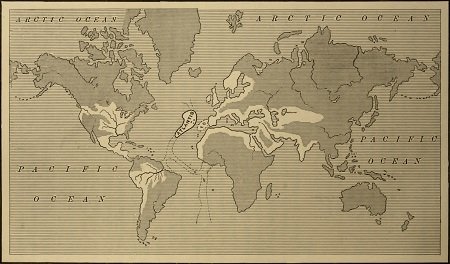 Again, we have the Atlantic connecting to only a few surrounding continents.

None of them even remotely fit the lineup of the usual suspects.

The only culprit is the Richat Structure.

And he named them all: the eldest, who was king, he named Atlas, and from him the whole island and the ocean received the name of Atlantic.

Atlas is specifically relates to Greece which lies close to Altantis. 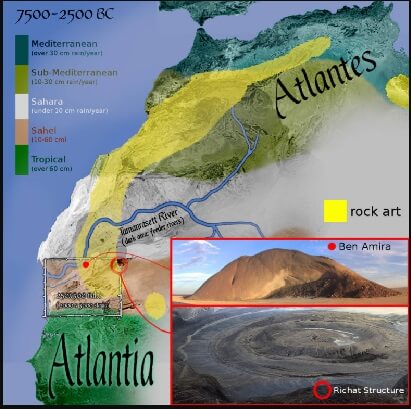 All these structures and locations in Plato’s tales are all near the Richat structure.

These locations are in close proximity of The Richat Structure.

The Richat Stucture is 700 KM below the Atlas mountains.

The pile of coincidences keep on stacking like pancakes.

Like their ancestors, they were to deliberate in common about war and other matters, giving the supremacy to the family of Atlas; and the king was not to have the power of life and death over any of his kinsmen, unless he had the assent of the majority of the ten kings.

And he named them all: the eldest, who was king, he named Atlas, and from him the whole island and the ocean received the name of Atlantic. To his twin-brother, who was born after him, and obtained as his lot the extremity of the island toward the Pillars of Heracles, as far as the country which is still called the region of Gades in that part of the world.

What About The Sea Levels In Plato’s Description?

Abrupt shifting of plates can happen.

Brightinsight talks about an earthquake that shifted Japan’s fault line by 8 feet!

This happened under all in ONE hour!

Heracleion was thought to be a myth until that was discovered by Franck Goddio.

We thought Troy was all bunch jargon but that was proven to be false, which turned out the place DID exist!