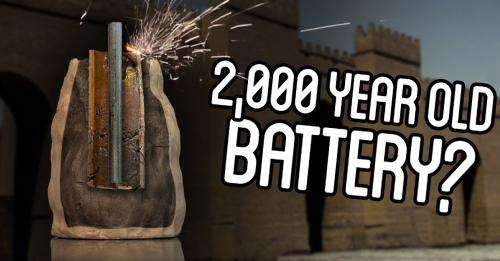 There are so many cases of lost technology which we rediscovered and the electrical producing battery is a mysterious case which is a tough egg to crack.

Our ancient ancestors erected massive megalithic stones, built massive monuments such as the Giza pyramids, but you’re telling me they had no clue on how to harness the power of electricity? 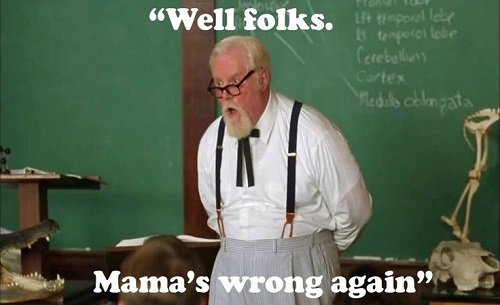 electricity and Alessandro Volta was the first to invent the battery in 1799.

Both accounts are wrong once again by the these ancient relics that tell an alternative narrative.

One of the most interesting and highly debated artefacts of the Baghdad Museum in Iraq is a clay pot. It is 5-6 inches high and encapsulates a copper cylinder. Suspended in the center of this cylinder—but not touching it—is an iron rod. Both the copper cylinder and the iron rod are held in place with an asphalt plug.

The ancients obviously had knowledge about electricity and some civilizations even learned how to harness it. 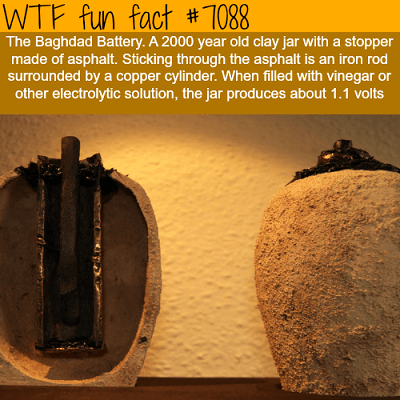 They witnessed electrical lightning since the dawn of man, which gave birth to the mythical stories of ancient thunder gods told by a variety of ancient civilizations world-wide.

It was only a matter of time before our ancient ancestors learned how to conduct the elemental power of electricity.

Baghdad Battery: The Discovery Of The 2,000 Year-Old Electrical Device

In 1936, a group of workers stumbled upon what appeared to be an ancient battery discovered in Baghdad, Iraq (Ancient Mesopotamia).

They made this mysterious discovery while excavating a village over 2,000 years old.

The oval sized vase stands at 6inches tall, which is insulated with a thin sheet of copper covering the inside and the bottom of the cylinder. 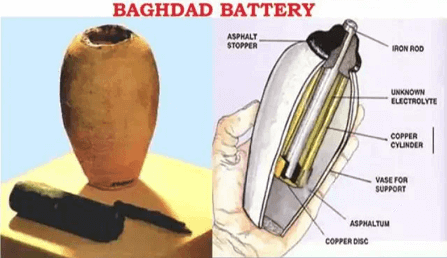 There’s an additional layer of asphalt sealed at the top and also in the area where there’s an iron rod suspended in the center of the copper cylinder.

The edge of the copper cylinder was soldered with a 60-40 lead-tin alloy comparable to today’s solder. The bottom of the cylinder was capped with a crimped-in copper disk and sealed with bitumen or asphalt.

Another insulating layer of asphalt sealed the top and also held in place an iron rod suspended into the center of the copper cylinder. The rod showed evidence of having been corroded with an acidic agent.

Baghdad Battery: Putting Them To The Test

2 years later the Baghdad batteries were displayed in a museum, and that’s when the relics caught the eye of German archeologist Wilhelm König. 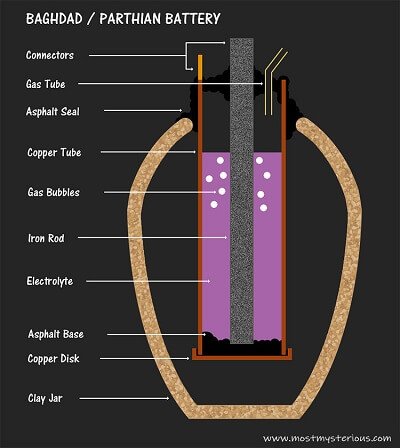 He published a paper discussing on how theses relics were ancient batteries used for electroplating.

RELATED: 10 Pieces Of Evidence That Prove The Richat Structure Was The Center Of Atlantis

It wasn’t until 1948 when a GE engineer replicated the jars and filled the vase with vinegar, while taking an electrical output of only 2 volts.

At best they delivered about a fortieth of the power of a triple-A battery. Later, a German scientist found that, by using a very large number of them, he could electroplate a very thin layer of gold on silver.

More problems arise: We find no wires; how did people collect the power output? We find no written record of such devices. And the hard asphalt seal would have to be broken every time the electrolyte was replenished. (Think about refilling car batteries.)

In the 1970s, Arne Eggebrecht (German Egyptologist) built a replica of the battery and filled it with pressed grape juice.

The replica generated 0.87V, which he used to electroplate silver onto gold.

Baghdad Battery: The Creators And The Function Of These Ancient Relics

Most historians believe the Baghdad batteries date around 200 B.C. in the Parthian era.

The Parthians didn’t possess high technological skills, but had an act for battling/fighting. 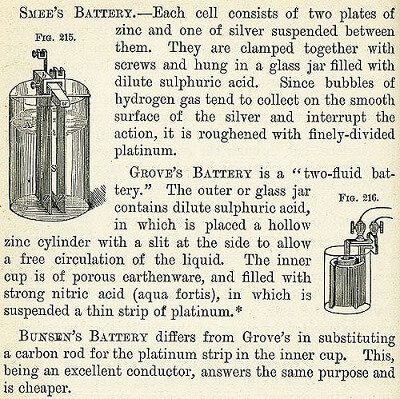 The Sassanian period (Circa AD 225 -640) was the starting point for a more scientific era, so it left archeologists baffled on how these batteries existed prior to the Sassanian era.

“The pot itself is Sassanian. This discrepancy presumably lies either in a misidentification of the age of the ceramic vessel, or the site at which they were found.

How could ancient Persian science have grasped the principles of electricity and arrived at this knowledge?  Perhaps they did not. Many inventions are conceived before the underlying principles are properly understood. The Chinese invented gunpowder long before the principles of combustion were deduced, and the rediscovery of old herbal medicines is now a common occurrence”

Electroplating is the first thing leading the track face when we discuss the function of the ancient Baghdad batteries.

There’s the theory that the ancients used the batteries for some type of healing, like acupuncture.

There are other radical speculative theories, but really don’t have any strong substantial evidence that would determine their primary use.

One radical theory talks about how religious sectors used it for divine guidance.

Another radical theory proposes that the batteries had to do with ancient magical rituals.

Could there have been 1’000s of these ancient batteries at one time?

The batteries were most likely an experimental device in which they were trying to find multiple uses for.

Unfortunately, traces of some batteries have been lost today after the looting of the Baghdad Museum in 2003 which resulted in the loss of nearly half of the artifacts in the museum. As in any war, such priceless finds get destroyed or stolen for private collectors.