What if we lived in a time when the planets appeared as giant suns in our nearby ancient skies.

Worlds In Collision is non-fictional book written by Immanuel Velikovsky which discusses events of an ancient time when the planets in our solar system was much closer to Earth, during the evolution of our solar systems and the creatures the species that inhabit it.

All around the world, early civilizations recorded the same recycled motifs with 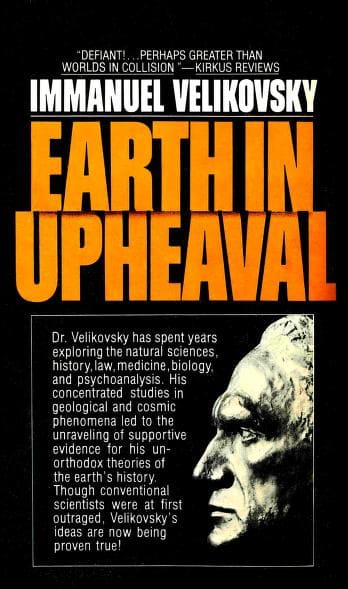 their own variation but the basic foundations remain completely the same.

Just about every religious sector contains astrotheological myths (Based on cosmos) in which they refer to the cosmos and the planets and contributed to the tales of destruction, fire brimstone etc.

Of course, one myth might have multiple symbolic meanings in an esoteric manner, but we are just going to be focusing on the astrotheological part.

I came upon the idea that traditions and legends and memories of generic origin can be treated in the same way in which we treat in psychoanalysis the early memories of a single individual. I spent ten years on this work.

I found that the collective memory of mankind spoke of a series of global catastrophes that occurred in historical times. I believed that I could even identify the exact times and the very agents of the great upheavals of the more recent past. The conclusions at which I arrived compelled me to cross the frontiers into various fields of science, archaeology, geology, and astronomy. www.velikovsky.info/worlds-in-collision/

A Conjunction Between Saturn Venus Mars

Worlds in collision mentions Saturn, Venus and Mars in a planetary alignment between the 3 that caused the birth of mythologies.

Most solar systems form by gas and rock debris that remain relatively stable, but there are some solar systems that have anomalies such as ours. 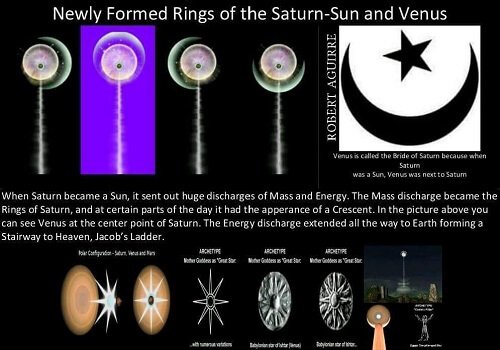 In fact, the grand track theory is a scientific theory supports the notion that our Jovian planets once migrated during  the early formation of the universe.

During this time the infant only consisted of an inner solar system in which Jovian planets as well as Jupiter and Neptune were in closer proximity to Earth.

logical myths of the birth of the planet Venus. If we look for the god or goddess who represents the planet Venus, we must inquire which among the gods or goddesses did not exist from the beginning, but was born into the family. The mythologies of all peoples concern themselves with the birth only of Venus, not with that of Jupiter, Mars, or Saturn Jupiter is described as heir to Saturn.

Velikovsky reached out to Einstein in order to help him with some key issues in this theory.

Although Albert Einstein wasn’t an advocate for the theory, he gave a helping hand.

The 2 would meet regularly before the passing of Einstein’s final 2 years.

Velikovsky’s book was left opened on Einstein’s desk shortly after his death. 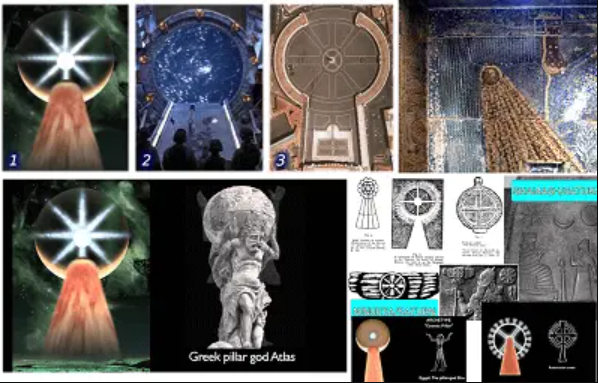 People used to think Venus was a comet, before it was classified as a planet that fell off Jupiter’s orbit which based on the ancient Greek and Roman myths Of Venus escaping Jupiter’s hold (New astronomical evidence of moons being ejected out of a Jovian orbit).

The historical-cosmological story of this book is based in the evidence of historical texts of many people around the globe, on classical literature, on epics of the northern races, on sacred books of the peoples of the Orient and Occident, on traditions and folklore of primitive peoples, on old astronomical inscriptions and charts, on archaeological finds, and also on geological and paleontological material. www.velikovsky.info/worlds-in-collision/

Other people supported and elaborated on Velikovsky’s work such as David  Talbott and physicists such as Wal Thornhill and Anthony Peratt who met by coincidentally arriving to the same conclusions through their own research. 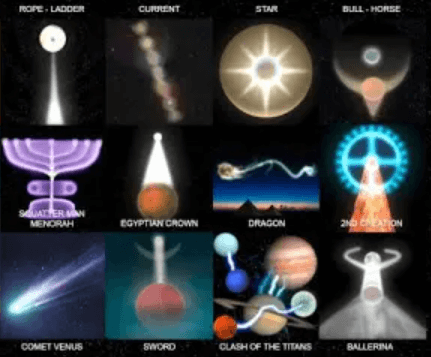 Some of the myths were corrected and modified by David talbotts work the Saturn myth and thunderbolts of the Gods.

Both books were published with the help of Perrat’s and Thornhills contribution by their works.

One of the best and most elaborated new discoveries from the modern day was the squatter/stickman motif discovered by Talbott and Peratt.

This motif was one of the leading reasons all these great minds coincidentally met together.

The squatter man is a auroric formation caused massive destructive exchanges of lightning storms between planets on a cosmic scale throughout the ages of human evolution.

We have evidence that some of the ancient myths relate to the auroric lights such as ancient China, America, Scandinavia, Iceland, Greenland etc.

RELATED: Ancient Planet Of Theia And The Giant Impact Theory 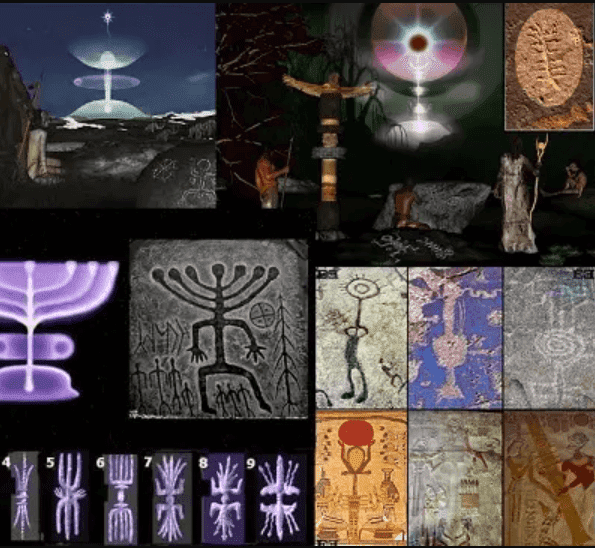 A lot of these legends of the auroric lights were thought to be related to the heavenly realms, spirits, or gods of certain religious/mythologies.

The Northern Lights feature prominently in Norse mythology. One legend suggests that the lights were reflections or glow from the shields and armour of the Valkyrie, female warriors who would choose who may die in battle and who may live to fight another day.

Dying in battle seemed to occupy Norse mythology quite a bit and the Aurora was also believed to be “Bifrost Bridge”, a glowing and pulsating arch which led those fallen in battle to the warriors final resting place in Valhalla.  Theaurorazone.com/about-the-aurora/aurora-legends

The squatterman was a symbolic motif that represented an ancient auroric event that might have lasted over thousands of years.

These petroglyphs show the earliest known motif of the squatter man in the primitives days before the dawn of civilization.

There are tons of the motif drawn around the world and as you can see the motif looks like it modified a bit.

Different auroric formations of the squatter-man were created by the catastrophic events between the planets, especially Venus, Saturn and Mars, which were considered the 3 key players involved.

The further we dig into our past, the more we’re uncovering what the myths and legends were all about.

Now does that mean all mythologies were pertaining to the planets and cosmological events?

Some myths have multi-symbolic meanings, which include the metaphysical and esoteric.

Along this cyclic journey, the symbolism changes throughout the ages.