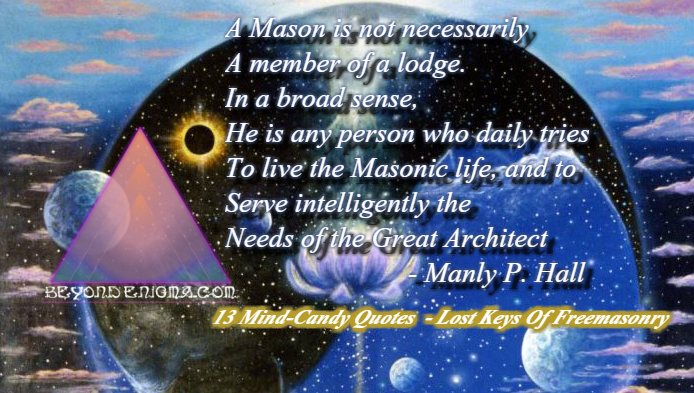 The Lost Keys Of Freemasonry

Where do I begin with Manly P. Hall?  A powerful chess piece in the Freemason community.   He possesses an amazing intellect, with a heart of GOLD.

Manly’s Lost Keys of Freemasonry sits your consciousness in a cosmic throne, unraveling ancient esoteric secrets.   I still go back and re-read the lost keys time to time.

Manly published over 50 esoteric books growing millions of followers of those who seek mystical treasures within your soul.  Lost keys of freemasonry goes on my top 5 of Manly’s work.

So I wrote my top quotes that resonate with my soul greatly.

So what are the keys which unlock masonry’s hidden secrets? I’ll let sir Manly tell you.

Quote #1 What Is Freemasonry?

Freemasonry is not a material thing: it is a science of the soul; it is not a creed or doctrine but a universal expression of the Divine Wisdom.* The coming together of medieval guilds or even the building of Solomon’s temple as it is understood today has little, if anything, to do with the true origin of Freemasonry 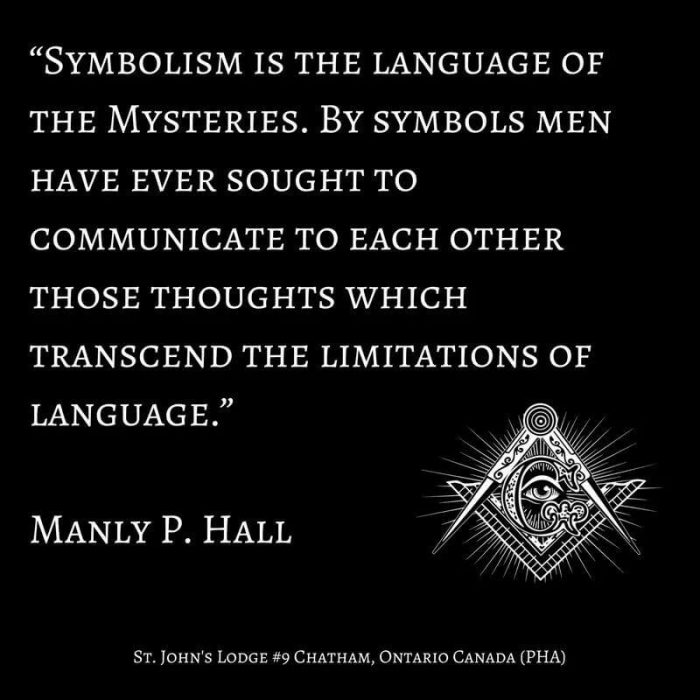 Quote #2 What Is A Freemason’s End Game Of Initiation?

The Mason must realize that his true initiation is a spiritual and not a physical ritual, and that his initiation into the living temple of the spiritual hierarchy regulating Freemasonry may not occur until years after he has taken the physical degree, or spiritually he may be a Grand Master before he comes into the world.

Quote #3 Do You Need To Be A Lodge Member?

A Mason is not necessarily a member of a lodge. In a broad sense, he is any person who daily tries to live the Masonic life, and to serve intelligently the needs of the Great Architect. The Masonic brother pledges himself to assist all other temple-builders in whatever extremity of life; 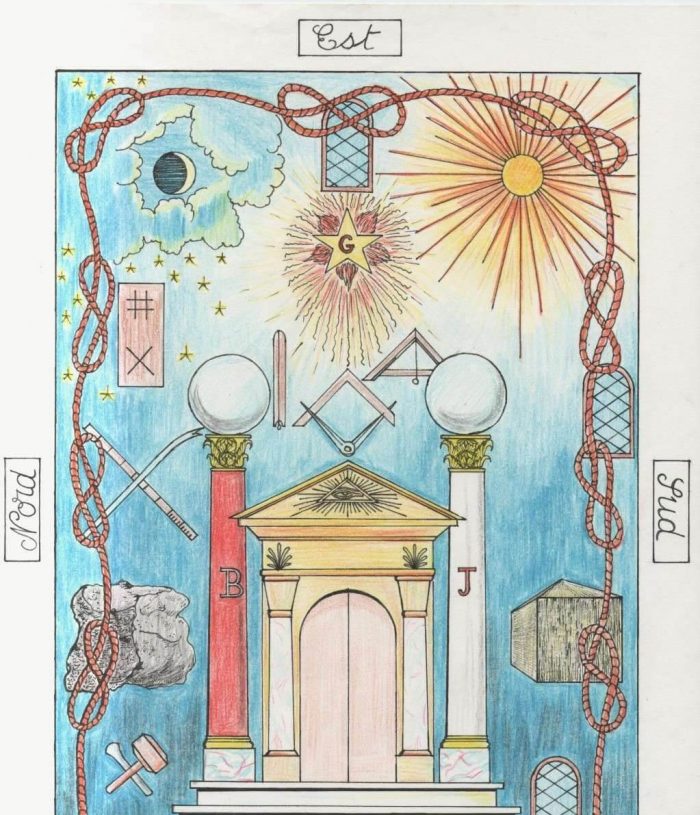 Quote #4 What Is The Philosopher’s Stone

The Master knows, for he is a Temple Builder. Within the setting of his own bodies, the Philosopher’s Stone is placed; for in truth it is the heart of the Phoenix, that strange bird which rises with renewed youth from the ashes of its burned body. When the Master’s heart is as pure and white as the diamond that he wears, he will then become a living stone-the
crown jewel in the diadem of his Craft. 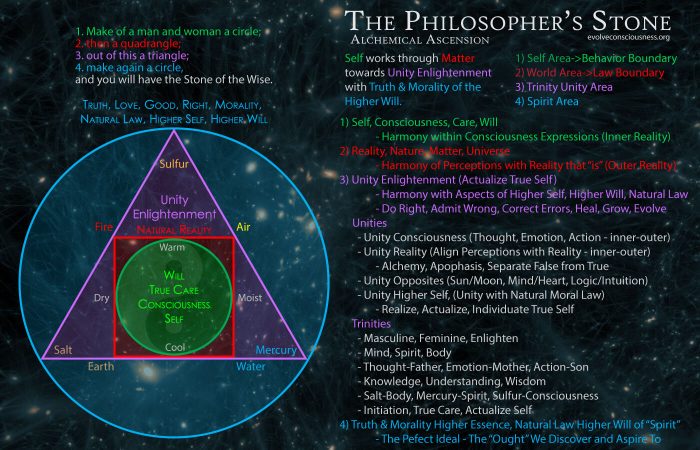 Quote #5 Is Freemasonry something to be “proud” of?

A true Mason never feels himself worthy of his Craft. A student may stand on the top of Fool’s Mountain self-satisfied in his position , but the true Brother is always noted for his simplicity. 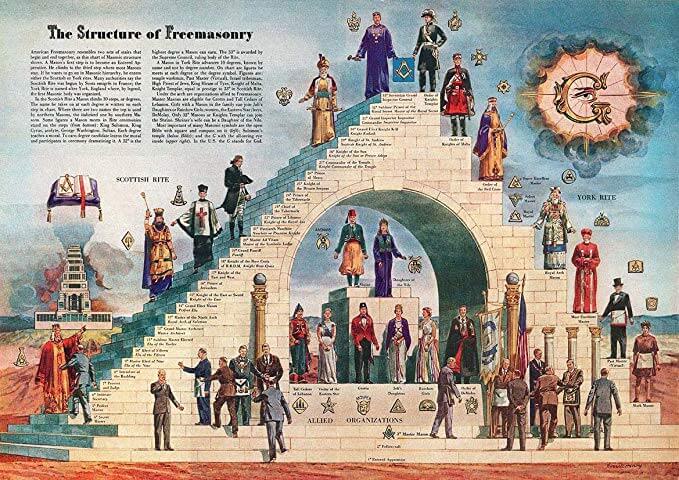 Quote #6 Who Is Chiram Abiff?

Chiram is a word composed of three words, denoting the Universal Spirit, the essence whereof the whole creation does consist, and the object of Chaldean, Egyptian, and genuine natural philosophy, according to its inner principles or properties. The three Hebrew words Chamah, Rusch, and Majim, mean respectively Fire, Air, and
Water. 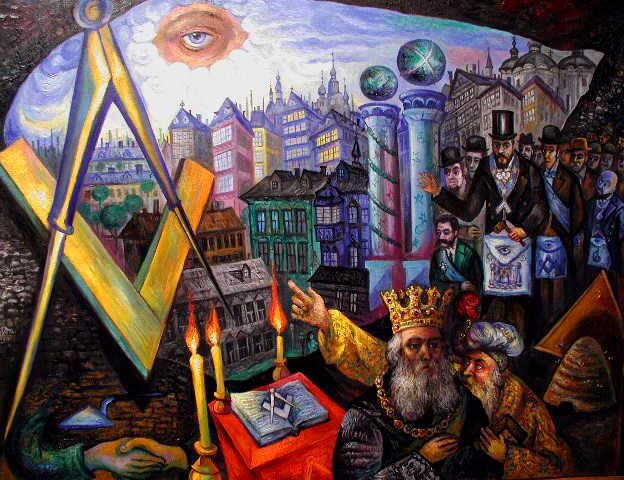 Quote #7 What Is The Power Of The Creator?

In the gleaming flame of cosmic light bordered by the dark clouds of not-being two great forms appeared and a mighty Voice thrilled eternity, each sparkling atom pulsating with the power of the Creator’s Word* while the great blue-robed figure bowed in awe before the foot-stool of His Maker as a hand reached down from heaven, its fingers extended the benediction. 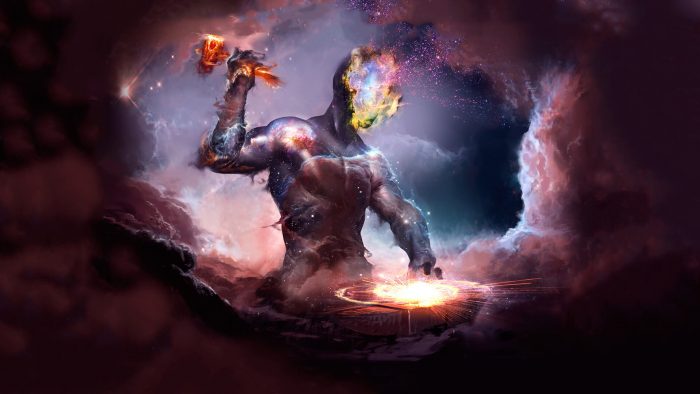 Quote #8 What Is A Master Mason?

The great work of the Master Mason can be called the art of balance.  To him is given the work of balancing the triangle that it may blaze forth with the glory of the Divine Degree. The triple energies of thought, desire, and action must be united in a harmonious blending of expression. He holds in his hands the  triple keys; he wears the triple crown of the ancient Magus, for he is in truth the King of heaven, earth, and hell. 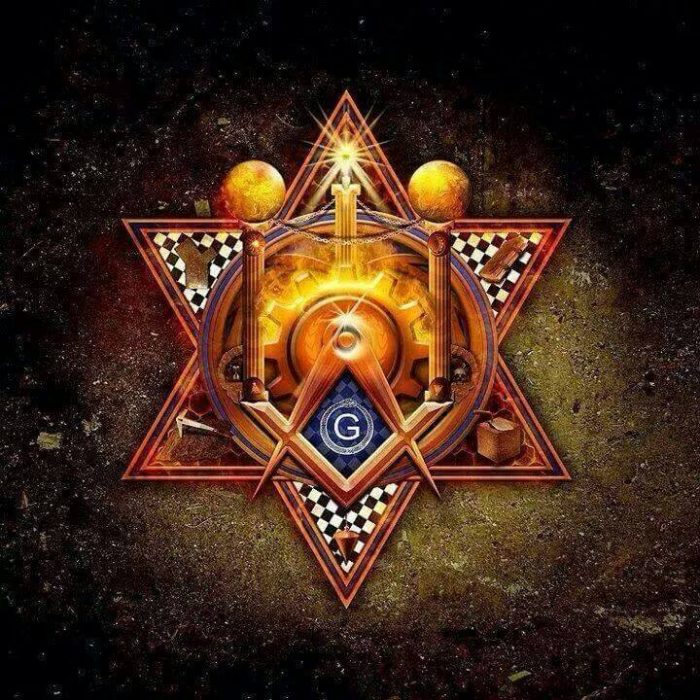 Quote #9 What Is The Ultimate Transmutation or Transformation?

Its temple is a holy place, to be entered in reverence. Material thoughts and material dissensions must be left without its gate. They may not enter. Only the pure of heart, regenerated and transmuted, may pass the sanctity of its veil. The schemer has no place in its ranks, nor the materialist in its shrine; for Masons walk on hallowed ground, sanctified by the veneration of ages. 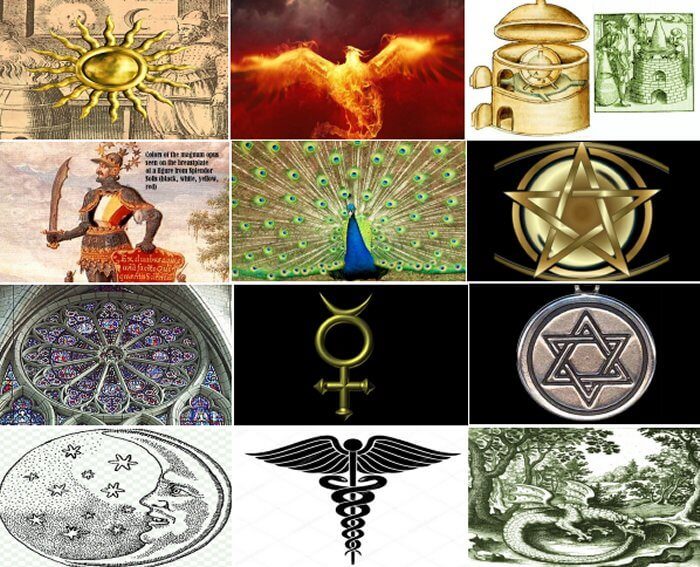 Quote #10 What’s The First Candidate Of Initiation About?

It is this great yearning within the heart of man which sends him slowly onward toward the gate of the Temple; it is this inner urge for greater understanding and greater light which brought into being through the law of necessity the great cosmic Masonic Lodge dedicated to those seeking union with the Powers of Light that their prison walls might be removed. 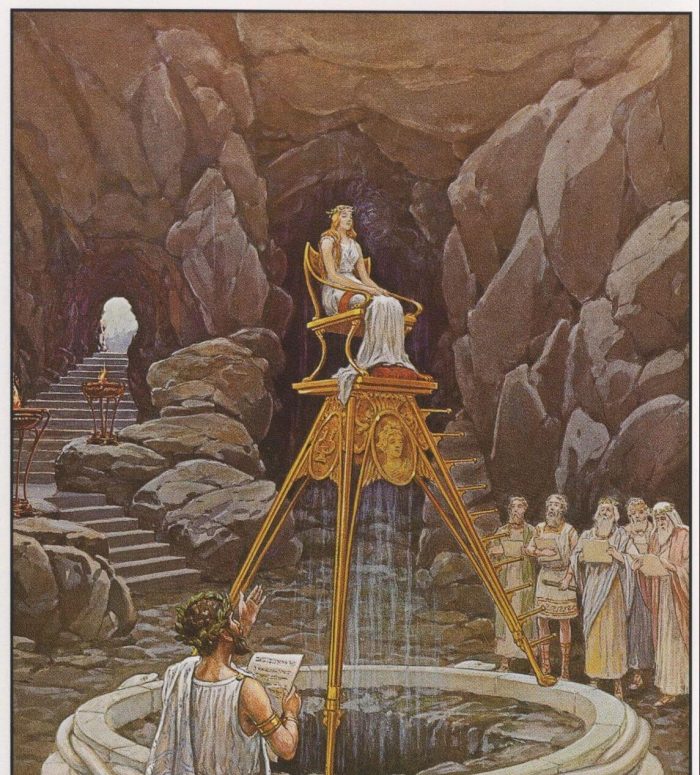 Symbolize the three expressions of our own lower natures which are in truth the murderers of the good within ourselves. These three may be called thought, desire, and action. When purified and transmuted they are three glorious avenues through which may manifest the great life power of the three kings, the glowing builders of the Cosmic Lodge manifesting in this world as spiritual thought, constructive emotion, and useful daily labor in the various places and positions where we find ourselves while carrying on the Master’s work. 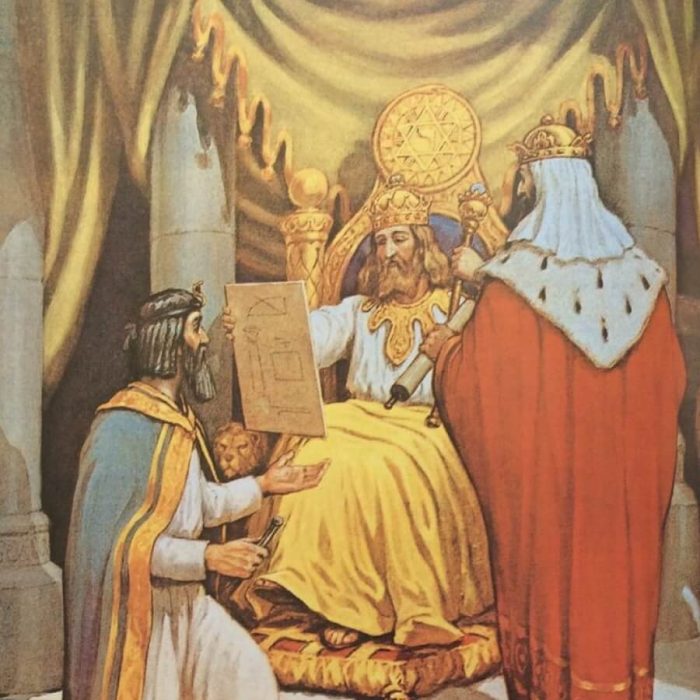 Quote #12 Who Is King Solomon?

He realizes that the Temple of Solomon is really the Temple of the Solar Man -Sol-Om-On – the King of the Universe manifesting through his three primordial builders. He realizes that his vow of brotherhood and fraternity is universal, and that mineral, plant, animal, and man are all included in the true Masonic Craft. 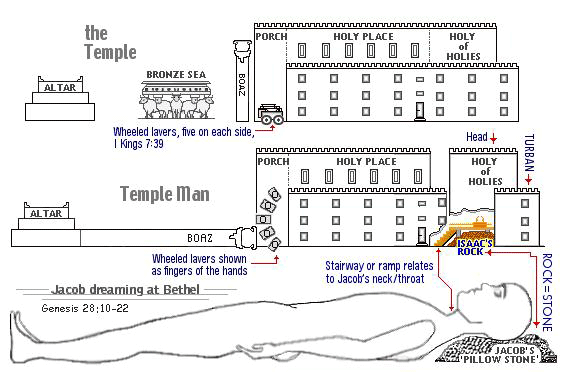 Quote #13 What Is The All-Seeing Eye?

Let him never forget that the Master is near.  Day and night let him feet the presence of the Supreme or Overshadowing One. The All-Seeing Eye is upon him. Day and night this great Orb measures his depths, seeing into his innermost soul of souls. 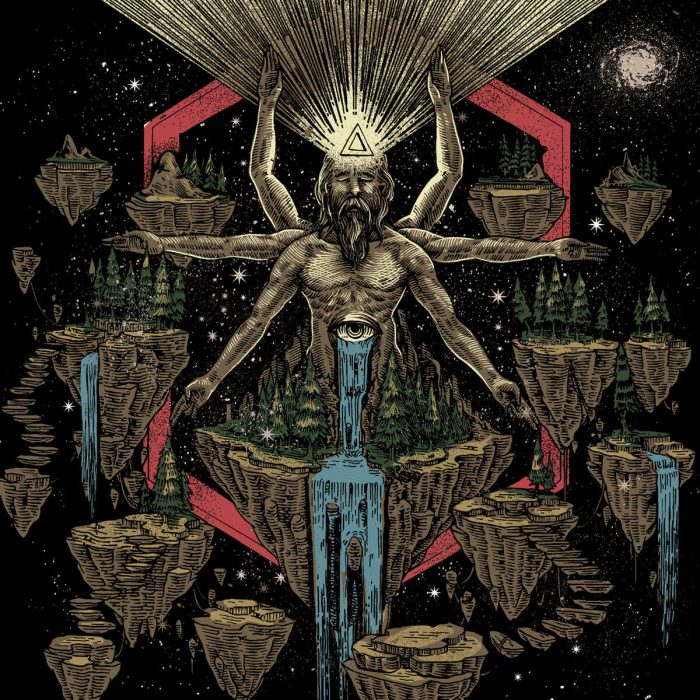