We originally thought that the pyramids of Giza were among the oldest in the world, but boy were we wrong!

An international team of independent researchers stumbled upon another megalithic structure in 2013. 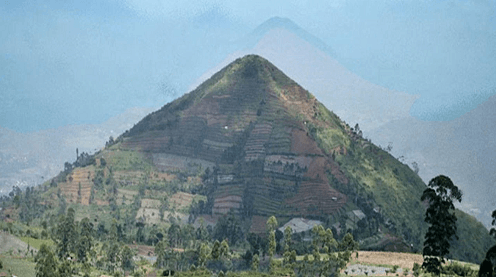 Gungun padang is a megalithic site which contains probably the oldest pyramid, blowing the pyramids of Giza out of the Nile water to number 2.

This massive megalithic beauty is around 20,000 years old, according to carbon dating!

Though few know it, there’s been an ancient pyramid hiding underneath a mountain in West Java, Indonesia for millennia. It’s called Gunung Padang, a name that means “the Mountain of Light,” and some scholars have reason to believe that this may be the oldest pyramid still standing on Earth.

Gunung Padang itself has an actual meaning which represents “the mountain of light”.

Gunung Padang is part of Indonesia which sits in the city called Karyamukti, which sits right above Australia

The researchers discovered 3 initial layers along with a 4th layer by using ground-penetrating radars.

Using various scientific techniques such as ground-penetrating radar, researchers identified three different layers covering an initial fourth layer. These four layers have all been dated to a specific time in history. The surface layer one might be as old as 3,500 years, layer two around 8,000 years old, and the age of layer three is 10,000 and possibly much older. Since it is such a long time ago, the maximum age of the site is hard to determine accurately.

The top surface layer is considered to be as as old as 3,500 years ago.

Pyramid In Indonesia: The Pyramid

The pyramid itself differs from the Giza pyramids in structure and resembles more of an Aztec type of pyramid with terraces.

They think this was one of the largest megalithic structures discovered in southeastern Asia and a place of worship, most likely.

There seems to be a time of construction and reconstruction over 1,000’s of years of this megalithic beast.

Rather than a pyramid, like the ones in Egypt, Gunung Padang is a terrace-like structure built on top of an existing volcanic hill. The terraced structure is most likely comparable to the step pyramids of the Mayas. The megalithic structure, being the largest one in Southeast Asia, was most probably used as a place of worship.

There’s an additional layer of stones that dates back around 7,000 years ago, which seemed to be part of a renovation process. 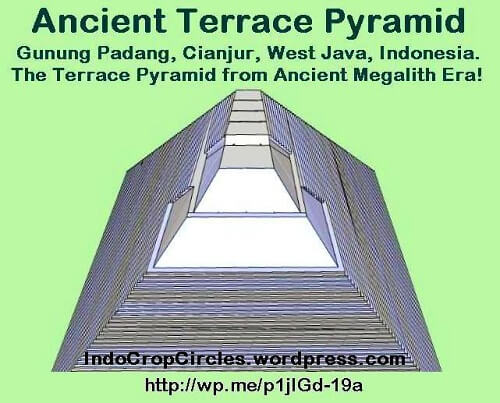 There were structures concealed below a top layer of soil for unknown reasons, but it seems like they wanted to keep this discovery under wraps.

Buried beneath the 2 layers, the team found several tunnels, chambers, etc. running through the pyramid.

Buried beneath the first two layers, at a depth between 15 and 25 meters from the top of the structure, Hilman and his team discovered something truly special. Ground-penetrating radar (GPR) techniques have found and confirmed the presence of various chambers, walls, staircases, and gates buried deep between the ruins on the surface.

As of now, Hilman and his team can only speculate on the reason and use of these mysterious findings deep down at the third and fourth layers of the structure.

Ever since the discovery of this wonderful megalithic structure, Hilman and his team received several criticisms blasted his way.

Some skeptics believe the pyramid formed naturally, but this is completely silly, because man made pyramids contain 8 sides.

Some other skeptics claim that there was no culture existing in that time to have construct this megalithic wonder.

This eradicates the mainstream narrative of when humans could build such advanced structures than originally thought.

Ever since the initial report, Hilman and his team had to endure fierce criticism from the global archeologic community. Critics and skeptics have claimed that the pyramid is not man-made but rather created by natural volcanic activity. Another critic claims the dating must be incorrect because there was no culture capable of constructing such a site in that area at the time the researchers propose. Hilman and his team have also been accused of using incorrect excavation method.