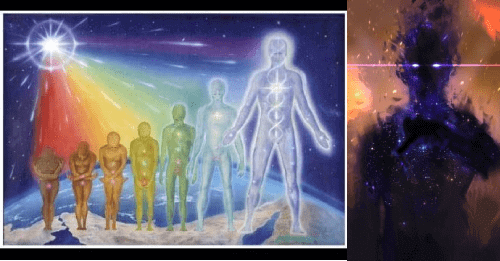 Esoteric History Of The First Root Race Of Man

It’s not everyday you hear about evolution in the occult circle but nonetheless, coffee shop discussions of ancient tales of our origin exist in their works.

Helena Blavatsky is one of the primary sources who discusses the ancient race of human progenitors that birthed the humans into existence. 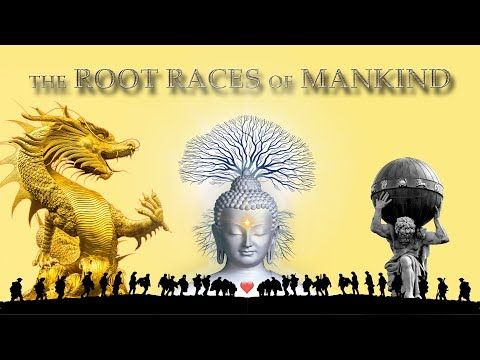 Blavatsky was very distinct on the evolutionary ladder of humankind, which resembles the Eastern Buddha religions, as she traveled there and learned ancient secrets from the Eastern masters she’s trained under.

The evolutionary stages start from an ethereal metaphysical standpoint, transforming to the mineral, animal and human and so forth, have their origins in esoteric Buddhistic.

History has it that this realm was born from a higher dimension that comes from an ethereal material and etheric doubles, which is what a lot of the ancient and 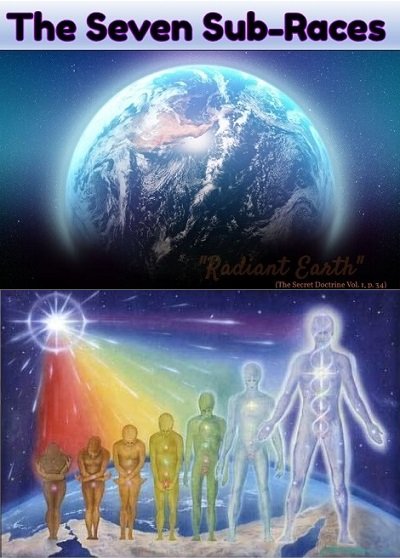 According to esoteric Indian history, Brahma created 4 types of beings into all existence, which are the gods, demons, progenitors and humans.

The progenitors were of ethereal form that came in 7 who were supposedly the origin of humankind which 7 itself has huge theological implications in every religion.

“Collecting his mind into itself (Yoga willing), Brahma creates the four
orders of beings, termed gods, demons, progenitors, and MEN” . . . “progenitors” meaning the prototypes and Evolvers of the first Root Race of men.

The progenitors are the Pitris, and are of seven classes. They are said in exoteric mythology to be born of Brahma’s side, like Eve from the rib of Adam.

The story of Adam and Eve dwells deeper in some metaphysical truths according  to the occultists.

The tree of life is a representation of a spiritual involution of astral energies that descend and form into the evolution of matter that’s a paradox in sense. 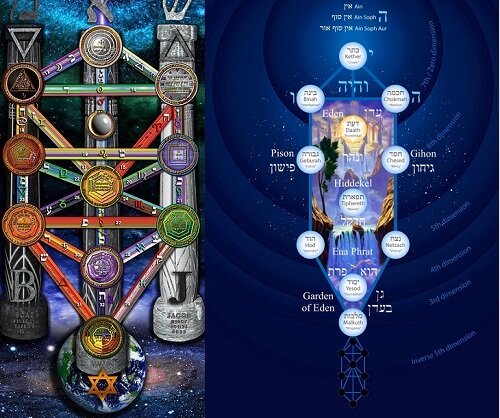 The kabbalists Tree of life diagram is a multi-symbolic representation of the macrocosmic universe and the microcosmic individual which intimately intertwine with each other.

The spheres represent dimensions from heavenly to hellish types.

And the lowest bottom sphere represent our physical dimensional universe that had 7 creators that give rise to the Adams of the first root races.

The first Root-Race was as ethereal as ours is material. The progeny of the seven Creators, who evolved the seven primordial Adams,* surely required no purified gases to breathe and live upon (see Part III. of this Volume).

The Pitris created 7 classes of primordial Adams, who were the first of the root races of man. 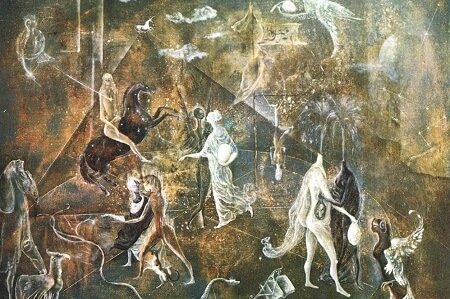 didn’t refer to a particular person, but a representation of humanity and its races.

It is, therefore, sufficient to examine the Babylonian and Assyrian cuneiform and other inscriptions to find also therein, scattered here and there, not only the original meaning of the name Adam, Admi, or Adami,* but also the creation of seven Adams or roots of men, born of Mother Earth, physically, and of the divine fire of the progenitors, spiritually or astrally.

The astral bodies came in ethereal pairs which originated from our moon,

according to esoteric history.

In ancient Indian philosophy, there are 7 races/classes of Pitris that were first celestial human of earth without physical form.

The first root race where sexless and mindless, which were really considered a type of shadow being born from the progenitors.

The first beings were completely sexless and mindless, working through subconscious acts.

Human evolution proceeds with each cycle known as rounds which adapt to their surroundings in which the progenitors created the first human root race, Lemurians.

Therefore, however strongly the impossibility of this teaching may be urged by the devotees of modern science, the Occultist maintains that the case was as stated aeons of years before even the evolution of the Lemurian, the first physical man, which itself took place 18,000,000 years ago. 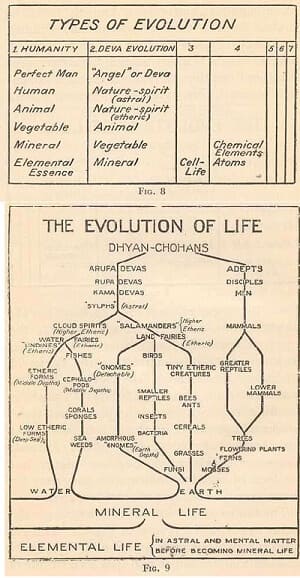 ties with in sentient evolution of beings.

300,000,000 years of evolution took man through the stages of stones, plants, animals according to esoteric Buddhism.

It is correct to say that the man of this Manvantara, i.e., during the three preceding Rounds, has passed through all the kingdoms of nature. That he was “a stone, a plant, an animal.”

But (a) these stones, plants, and animals were the prototypes, the filmy presentments of those of the Fourth Round; and (b) even those at the beginning of the Fourth Round were the astral shadows of the present, as the Occultists express it. And finally the forms and genera of neither man, animal, nor plant were what they became later.