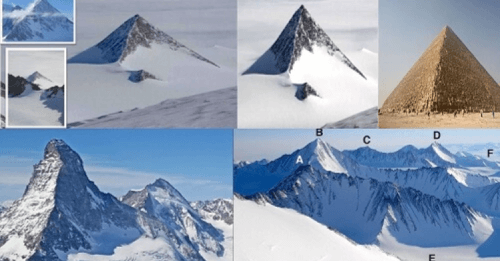 Are There Pyramids In Antarctica

Are There Pyramids In Antarctica?

That doesn’t happen especially when some locations contain multiple anomalies.

Now if these were common occurrences, we’d see more of these natural forming pyramidal mountains throughout the globe.

Use as this link as a reference Outforia.com/23-types-of-mountains for different mountain types. 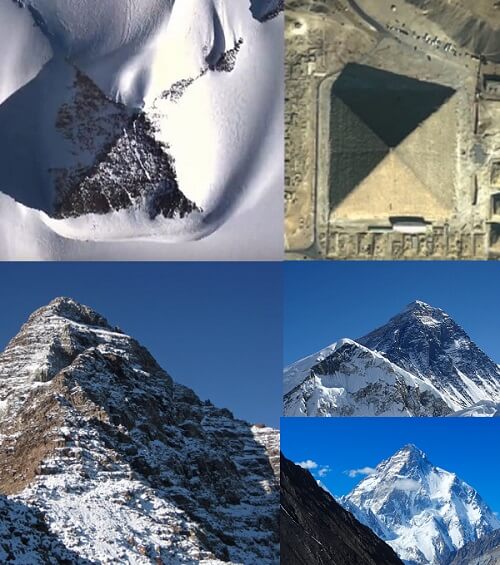 Notice the fault or folded mountains vs the pyramids structures in Antarctica.

Do any of them look as if they’re remotely close to the structures in Antarctica?

Not a snowball’s chance in hell.

This completely shatters the coincidental card because now we arrive at patterns of non natural means.

The most disturbing occurrences, claimed by one military personnel who wished to remain unnamed claimed that several researchers have gone missing in the past and it was his belief that they had “made contact with the aliens”. Whether or not that is true is food for speculation. But the pyramid structures are definitely there.

Are There Pyramids In Antarctica? 8 Sided Pyramid Near Princess Elisabeth Station

Notice the 8 sided pyramids in Egypt and its resemblance to the one next to the Elisabeth station.

The shadow from the sun covers one side of the pyramidal structure so unfortunately we’re not seeing all of it.

Are There Pyramids In Antarctica? The 3 South Pole Pyramids

This is the most important set of structures as they lie within right next to the each other like the pyramids of Giza.

Most of the pyramids lie in this one area in Antarctica.

This area has more hidden pyramids that aren’t heavily publicized.

These pyramids are near the same area of the South pole pyramids.

Note that some of these are super heavily eroded but you can still see they had a symmetrical design to all of them.

These first 2 pyramids are right next to each other right around the same location.

1) A pyramid near the pyramidal south poles Antarctica

4) A small area with surrounding pyramids 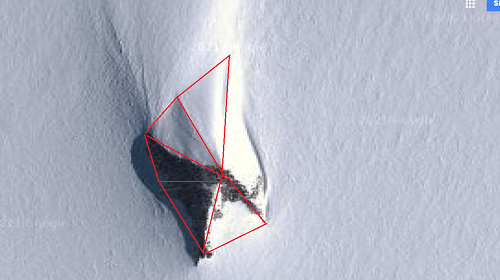 The other 2 don’t have any other connecting mountain land masses to them, completely isolated on a flat plane.

Are There Pyramids In Antarctica? Ancient Antarctica Was A Rainforest That Can House A Civilization

Gulbranson and his colleagues embarked onto the adventure into the cold frozen depths of hell of Antarctica.

He journeyed to the Trans-Antarctic mountains and discovered some Ol’ school vegetation life.

Some of these trees are over 260 million years old.

Gulbranson said that the fossil forests looked different than forests today. During the Permian Period, forests were a potentially low diversity assemblage of different plant types with specific functions that affected how the entire forest responded to environmental change. This is contrast to modern high-latitude forests that display greater plant diversity.

“This plant group must have been capable of surviving and thriving in a variety of environments,” Gulbranson said. “It’s extremely rare, even today, for a group to appear across nearly an entire hemisphere of the globe.”

Who Built The Pyramids In Antarctica?

How many options do we have on who built them?

It was humans or some alien entity.  There are no other options. 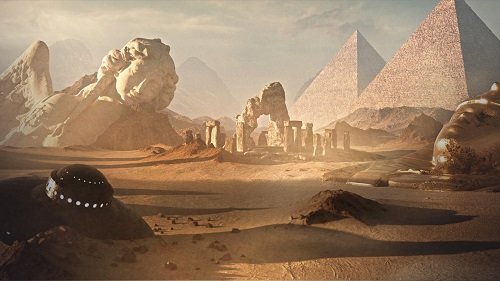 If the structures are as old as the time as the Permian timeline when Antarctica contained a rainforest, then it can point to alien entities.

Human evolution doesn’t go far back, according to mainstream history.

If humans built them, then it would suggest missing timeline of human history which is very possible.

There’s been cycles of destruction and reformation on Earth that could have wiped out entire civilizations with little to 0 fossil records.

The earliest hominoid footprints go back 6.5 million years as we know of.

And speculated footprints that date back even further to 230 million years ago.

Are There Pyramids In Antarctica? What Do The Critics Say?

Eric Rignoc, a professor of earth science, tried to compare it to Ellsworth mountains which is NO comparison.

Eric Rignoc, Professor of Earth System Science at UC Irvine, who plainly said, “This is just a mountain that looks like a pyramid.” He cited a particular peak in Ellsworth Mountains, first discovered by aviator Lincoln Ellsworth on November 23, 1935, along an Antarctic mountain range called Heritage Range. The area is known for its Cambrian-period fossils from 500 million years ago.

Comparing the Ellsworth mountains to these structures is a poor attempt at a scientific explanation. 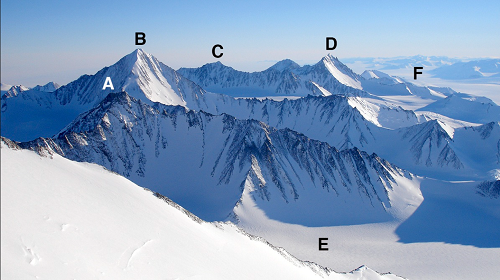 Again, the Ellsworth mountains don’t even come close or fall in one of those categories above which completely refutes his flawed unresearched biased opinion.

So the other reaching for straw theory is the Freeze-thaw.

He compares 2 vastly different structures which were nowhere in the same ballpark.

Mauri Pelto, Professor of Environmental Science at Nichols College in Dudley, Massachusetts, goes on to explain the “freeze-thaw erosion” that can lead to a distinctive, pyramidal mountain shape. Freeze-thaw erosion “happens when snow or water fills up cracks within a mountain during the day. When night falls and temperatures drop, the snow freezes and expands, turning into ice. The expanding ice causes the cracks to grow.” When this happens again and again, larger cracks can cause entire sections of rock to break off. If a mountain looks uniform on all four sides, “You don’t have any rock layers that are harder to erode.” Matterhorn in the Swiss Alps is a well-known example of this phenomenon.

Do the Swiss Alps look uniform on all sides, as he claims happens in his theory?

Here’s side-by-side photo comparison on the Swiss alps (And Ellsworth) vs the pyramids of the Antarctica. 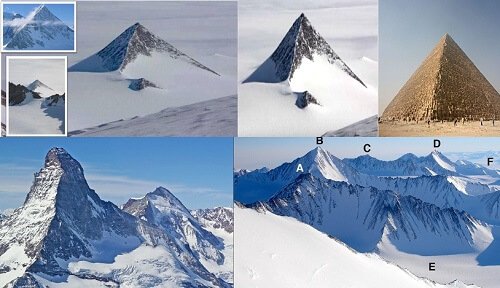 The Alp’s display a peaks of rocks on their surfaces and not even close on being equal on all sides.

Again the Swiss alps do not fall under those factors in the bullet list.

These are biased opinions which are reaching for straws, light years beyond their grasp.

As we can see that even a blind bat can easily distinguish the differences between these types.