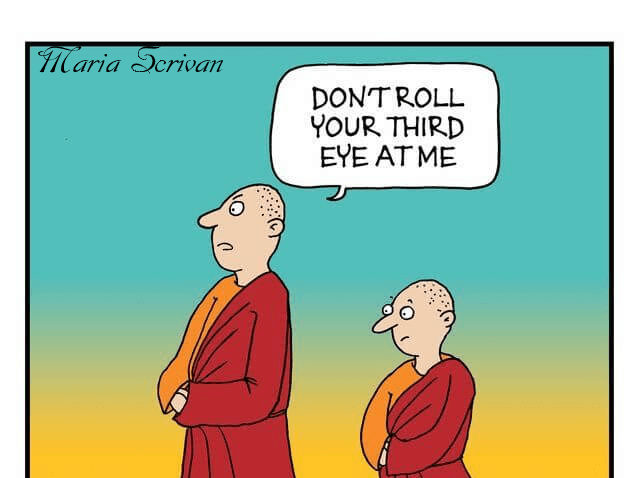 Is The 3rd Eye King Of The Soul’s Throne? 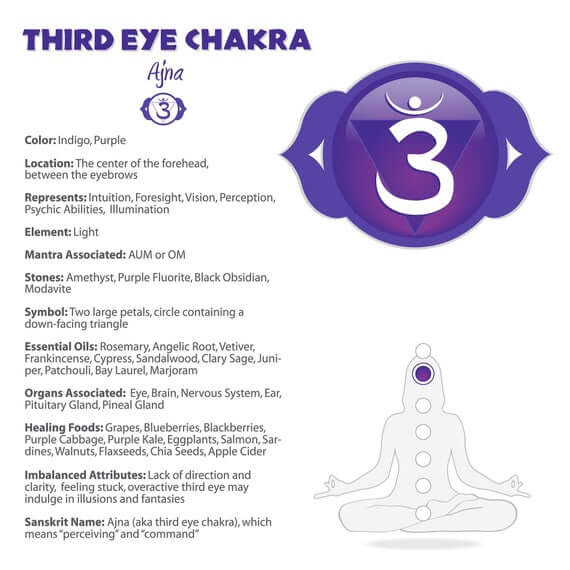 Hinduism refers to it as the Ajna chakra.

You’ll dig up different schools of thoughts about this chakra.

Chakras are swirling vortexes of energy.

These energies exhibit a toric pattern aka the geometrical shape of the flower of life.

In Toltec shamanism this is the 6th gate of dreaming!

Third Eye / Ajana Chakra
* Location: At the base of the skull, at the medulla oblongata. It’s location at the front of the head is between the eyebrows at the third eye.
* Color: Indigo, a combination of blue and red.
* Tone: OM
* Element: Electrical or telepathic energy.
* Sense: Thought
Function: Intuitive center, seat of will and clairvoyance.
The third eye is the center of psychic powers and higher intuition, you can receive guidance, channeling, and tune into your higher self. This is the center that enables you to experience telepathy, astral travel and past lives.
Deficient energy:
Non assertive, undisciplined, oversensitive to the feelings of others, afraid of success, schizophrenic (unable to distinguish between Ego self and Higher self).

Third Eye Chakra: Where Is The Third Eye Located? The Pineal Gland 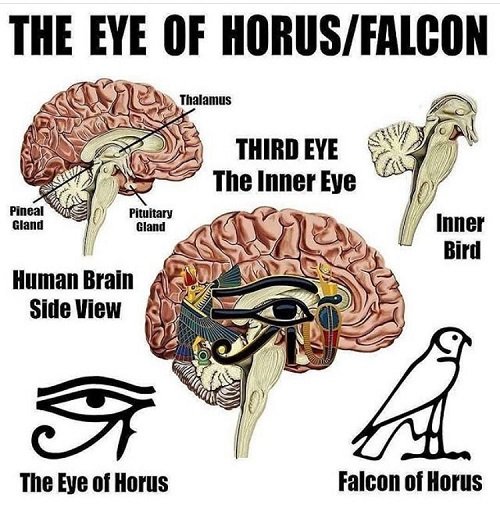 The THRONE of the third eye sits on the divine chair of the pineal gland.

The pineal gland is the ONLY unpaired brain structure in the skull.

And we’re talking about 100’s of anatomical brain structures!

A pine cone was the reason why this gland was awarded a gold-medal winning name (latin origin)!

Rick Strassman has amounted piles of research on the pineal.

DMT exists in all of our bodies and occurs throughout the plant and animal kingdoms. It literally is a part of the normal makeup of humans and other mammals; marine animals; grasses and peas; toads and frogs; mushrooms and molds; and barks, flowers, and roots in a subtle way. www.organiclab.narod.ru/books/DMT-The-spirit-molecule.pdf 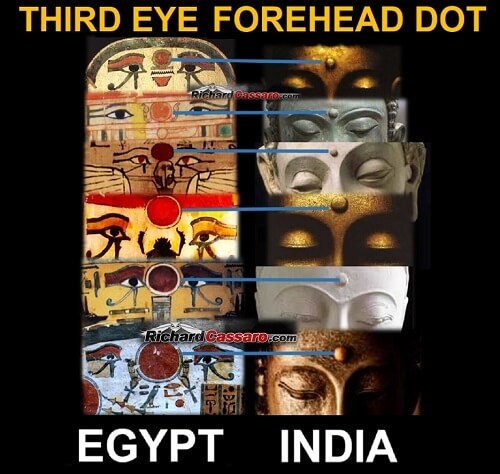 The publication studies on DMT from other scientists are increasing at a boiling point.

Although the biological significance of this remains to be elucidated. DMT is actively transported across the blood brain barrier in rats and dogs (Sangiah et al., 1979; Takahashi et al., 1985; Yanai et al., 1986), and a similar mechanism plausibly exists in humans. DMT is also a substrate for the human serotonin and monoamine vesicular transporters (Cozzi et al., 2009). The key enzyme for its production, indolethylamine N-methyltransferase, has been detected in the brain, pineal gland, and retina of primates (Cozzi et al., 2011). Taken together, these data suggest that DMT may have a significant role in human neurophysiology, consciousness, and the visual system.

DMT is on speedy production during near-death experiences NDE or dreaming. 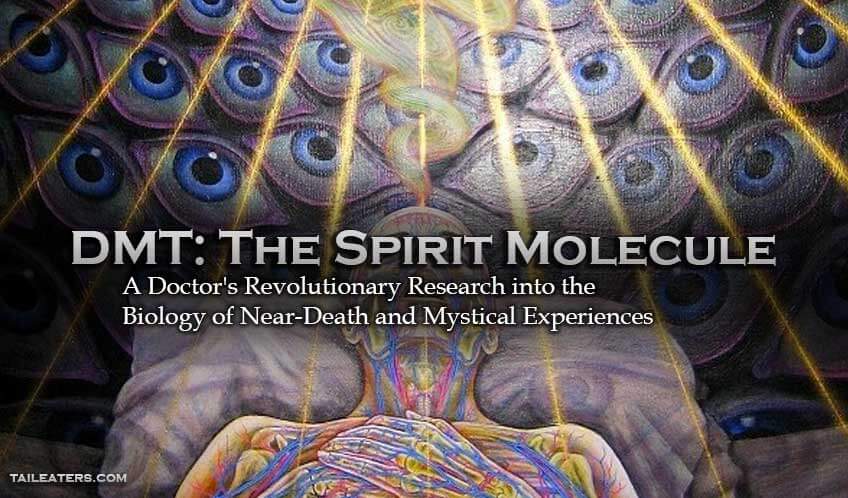 Ayahuasca is the shaman’s gold to altered state which contains DMT and other wacky ingredients.

Bottom’s up!  This drink is a third eye nitro booster.

YOUR mind needs to be prepared, so polish it perfectly.

If your mind has a heart of stone, I suggest giving it a shot.

You best be hanging with an experienced shaman, if you’re piercing inter-dimensional veils.

AUM (OM) meditation – The AUM is the most powerful jackhammers to break open the third eye.

There was an old-school telekinetic practitioner on YouTube who taught the simple AUM to open his third eye for telekinetic abilities.

Here’s an instruction manual on meditation, How to meditate 6 boring no bullshit tips.

Often called The THIRD EYE, it is associated with imagination and psychic abilities and is related to the act of seeing, both physically and intuitively. It is often thought of as the most important meditative chakra and is believed to be the center of knowledge and wisdom.

By chanting OM when you have difficulty stopping mental chatter, feel confused, or have difficulty concentrating, you create a vibration that resonates with this chakra and puts it in balance and alignment with the whole body. Modernom.co/blogs/blog/insignt-the-3rd-eye-chakra

The ANCIENTS knew this pearl of a secret. 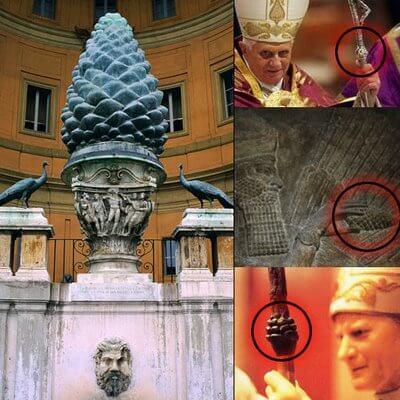 I mean why shouldn’t they?  You don’t think they had cadavers?

They had knowledge on human anatomy to the BULLSeye!

It’s only logical to think the ancients held this knowledge in their brain’s vault.

Notice the pope’s staff?  Vhhhat do you see?  BINGO!  A pine cone.

There’s tons of variety of plants and fruits, so why use a pine cone?

RELATED: How To Lucid Dream: Escape The Matrix

The staff of Dionysus.

Here are ancient paintings of Dionysus and figures of him wielding the pine cone staff. 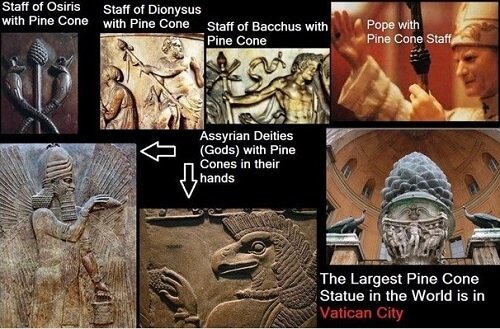 The Dionysus cult was HUGE influencing or more like migrating to the Greek empire.

The Greek God Dionysus is one of the synthetic Gods gave rise to the myths of the Christian Jesus.

The Eye Of Ra is ONE symbolic representation on the ancient eye of RA.  I believe the ORIGIN of the eye’s myth has cosmological origins.

If we apply the “As above so below principles” we see the EYE of Ra has multiple symbolic meanings.

And one adopted meanings is the anatomical structure of the pineal gland in this image.

The third eye is nearly the peak of the mountain for awareness levels.

Each time you climb you shed and step into a new level of reality within your energetic bodies.

Awareness blooms its hidden dormant abilities to those who dare to enter her doors, muahahaha.