Mystic A·3 years ago·

Have you wondered what hidden treasures secret societies kept locked in the dark?

We hear about ‘Illuminati, Freemasons”.  We fall into fear mongering comments leading us to think it’s all “satanic”. 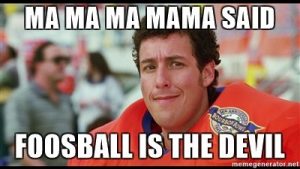 I use to be one. I decided to further investigate the hidden mysteries behind secret societies.  Revealing truths stunned me stone cold after further digging…

You know them as Plato, Aristotle, Socrates.  Philosophers speaking in allegories and parables heard among the public ear.

Philosopher’s seen as mere “speculators”, but beyond as gurus of reality.

One of the most credible mystics initiated in the mystery schools, Manly P. Hall states:

“Socrates refused to be initiated into the Eleusinian Mysteries, for knowing its principles without being a member of the order he realized that membership would seal his tongue. That the Mysteries of Eleusis were based upon great and eternal truths is attested by the veneration in which they were held by the great minds of the ancient world.” Top 13 Mind-Blowing quotes Of The Secret Teaching of All Ages

Only vague stories linger in regards to Egypt.

Mainstream history embodies little fragments of information on Egypt’s past. 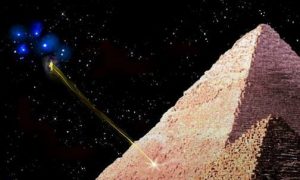 What symbolism veils behind the pyramids of Egypt?

“The Great Pyramid was not a lighthouse, an observatory, or a tomb, but the first temple of the Mysteries, the first structure erected as a repository for those secret truths which are the certain foundation of all arts and sciences..”

“The temple is complete only when the initiate himself becomes the living apex through which the divine power is focused into the diverging structure below. ” – Top 13 Mind-Blowing quotes Of The Secret Teaching of All Ages

You’ve heard of the stories of Olympian gods of Greek mythology? 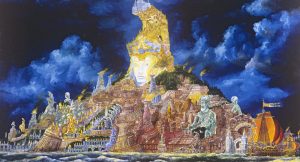 Any truth to the Gods of mount Olympus?

The “Gods” symbolized magician priests of the ancient days.  The wisdom of the priests spread throughout civilizations after the fall of Atlantis.

“The mythologies of many nations contain accounts of gods who “came out of the sea”.

“The divine (Atlantean) progenitors of the Mayas and Quichés of Central America coexisted within the green and azure radiance of Gucumatz, the “plumed” serpent.”

Ever wondered where pyramids originated from?

“The divine (Atlantean) progenitors of the Mayas and Quichés of Central America coexisted within the green and azure radiance of Gucumatz, the “plumed” serpent.

The center of the Atlantean Wisdom-Religion was presumably a great pyramidal temple standing on the brow of a plateau rising in the midst of the City of the Golden Gates. From here the Initiate-Priests of the Sacred Feather went forth, carrying the keys of Universal Wisdom to the uttermost parts of the earth.” – Top 13 Mind-Blowing quotes Of The Secret Teaching of All Ages