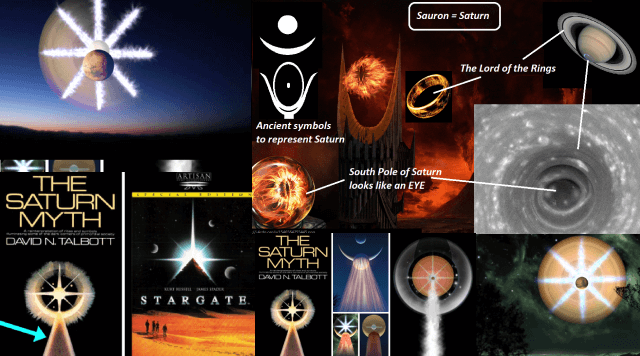 Saturn Mythology: The God Of Time And The Lord Of the Rings

Mythological Origin Of Saturn (The Father Of The Gods) 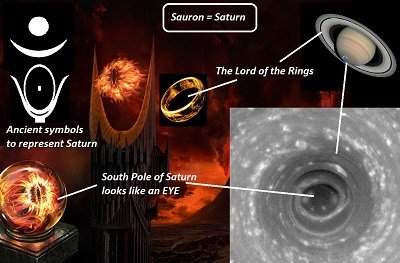 In the beginning as we turn the pages of history, man/woman looks upon the stars since chapter 1.

Do you think our solar system/galaxy was always here without a beginning?

The cosmological events of the sky was the birth of our solar system as Saturn reigning king!

One theory blasts the idea that planets were massive GIANTS in our ancient skies.

We’ve heard the stories of floods and wars from world mythology’s, including in the old Testament (Babylonian, Hindu, Persian, Greek, Roman, indigenous, etc.)

And NOT just Saturn, but other planetary godly gas giants like Jupiter or Neptune!

Immanuel Velikovsky wrote “worlds in collision” which opened a new door to mythology. Fun Fact: Albert Einstein helped him with (As far astrophysics) with his book “Worlds In Collision”.

Immanuel popularized the electric discharge theory between planetary Gods which cause monstrous disasters.

I give a super laser pointed detail about crater morphology caused by cosmic thunderbolts in this article, Massive Thunder Causing Mars Impact Craters

Electric discharge between 2 planetary charges creates a massive electrical by gas ionization through a planet’s atmosphere.

Just like the northern lights, but a weak electric discharge. 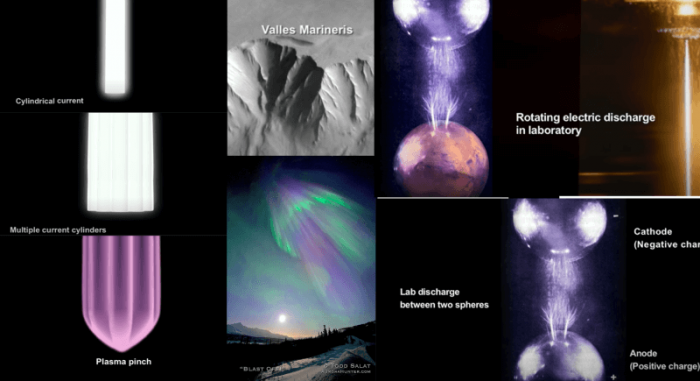 Battles of the Gods/Titans.

They even REPLICATED and tested this theory on a small scale.  We have the PROOF!

The heavenly Gods revealed foundations of the universe by showing the electromagnetic patterns which underline nature and her laws! 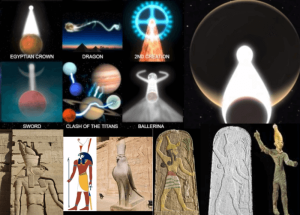 David and Wallace Thornhill correct some of Immanuel’s work and elaborate it even further!

Ever since, other people continue to this day to further the research on the Saturn theory.

David N. Talbott is an American, self-taught, comparative mythologist in the Velikovsky tradition.  His work offers a radical point of view on the origin of ancient cultural themes and symbols, in which the planets Jupiter, Saturn, Mars and Venus play prime roles.  In late 1971 they decided to produce a feature issue on Immanuel Velikovsky which, between 1972 and 1974, grew into ten special issues, Immanuel Velikovsky Reconsidered, after the May 1972 issue on Velikovsky was advertised nationally in scientific and general interest periodicals, such as Industrial Research, Psychology Today and Intellectual Digest.

He is also the author of The Saturn Myth, co-author of a cosmological mystery, The Ecstasy of Sati-Ra, a video, “Mythscape: Remembering the End of the World” (1996), and co-author (with Wallace Thornhill) of Thunderbolts of the Gods (2005) and The Electric Universe (2007), and has contributed articles to Kronos, and Aeon journals..  https://www.velikovsky.info/david-talbott/

Other links to his work. https://www.thunderbolts.info/

Saturn Mythology: The Link Between Roman Mythology And Greek Mythology Of Saturn. 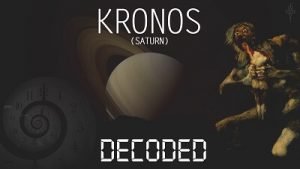 Kronos is the Greek equivalent.  Saturn was the father of Jupiter, aka Zeus!

Until Jupiter plays big time God king and overthrew Saturn, just as Saturn overthrew his father (The age of Uranus)!

The Saturn myth states it’s a reconfiguration of the planets of Jupiter taking the 5th orbital seat of our solar system!

KRONOS (Cronus) was the King of the Titans and the god of time, in particular time when viewed as a destructive, all-devouring force.

He ruled the cosmos during the Golden Age after castrating and deposing his father Ouranos (Uranus, Sky). In fear of a prophecy that he would in turn be overthrown by his own son, Kronos swallowed each of his children as they were born. https://www.theoi.com/Titan/TitanKronos.html

In myths we sometimes see syncretic Gods (2 or 3 different gods as one).

This happens because the symbols of the Gods are adopted by other constellations and moons of our solar system. 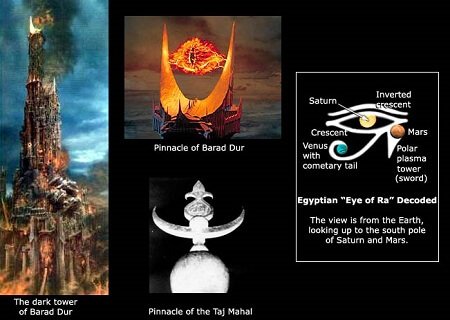 Saturn = Ra according to the Saturn Myth by Talbott and the rest of his J. Crew.

But how about Khnum?

Another theory states he’s Knhum, aka Neptune of Greek mythology. Why?

Because he’s also the God of the Nile.

Neptune anyone? Aka the water planet?

Remember what I said about symbol adopting?

Later on, the names of the gods adopt to geological locations and the heavenly stars in the sky.

In Egypt, countless hymns to the god Ra extol him as the divine power opening the “day.” “The lords of all lands praise Ra when he riseth at the beginning of each day.” Ra is the “great Light who shinest in the heavens.  Thou art glorious by reason of thy splendours

Though the designation seems bizarre, the expression “star of Helios” or “star of Sol” was applied to Saturn! Of the Babylonian star-worshipers the chronicler Diodorus writes: “To the one we call Saturn they give a special name, ‘Sun-Star.'”

Similarly, the Greek historian Nonnus gives Kronos as the Arab name of the “sun,” though Kronos meant only Saturn and no other celestial body. Hyginus, in listing the planets, names first Jupiter, then the planet “of Sol, others say of Saturn.” A Greek ostrakon, cited by the eminent classicist, Franz Boll, identifies the Egyptian sun god Ra, not with our sun, but with the planet Saturn. This repeated confusion of the Sun and Saturn seems to make no sense at all . http://SaturnRaSol2ndparty.page

BAAL is NOT Saturn but intimately ties in with Saturn! Baal is El’s son.

Some people get the 2 confused.  Moloch is the worshiped bull.

The bull is a polar configuration disaster for earth! If you read the Babylon text, the Bull of heaven floods the Earth! (show image of bull of heaven).

This configuration shows the chaotic alignment between Saturn, Venus, and Mars.

The central sun appears as a horned god (the Bull of Heaven), while his spouse, the cow-goddess, encloses the sun-god within two horns. Though extolled as the “sun,” all figures of the great father possess the crescent “moon” as two horns, reigning over the first age
as the generative Bull.

In Egypt, the “sun-gods” Re, Horns, Osiris, Amen, and Ptah all take the form of a horned god—the mighty “bull.” Osiris is the “son of Nut, lord of the two horns.” The Litany of Re celebrates the god as the “supreme power, with attached head, with high horns.”  One of Re’s epithets is simply “Shining Horn.”

In the myths of several lands the celestial bull appears in the guise of Heaven Man, his body providing the  primeval matter of the Cosmos. https://TalbottDavidTheSaturnMyth

Our Lord Vishnu = Another Saturnian archetype.

The bull of heaven associates with the trinity of the 3 planetary bodies of Venus, Saturn, and Mars. The same stories recycles/rebooted with minor kinks but the foundations have STRONG parallels.

In the myths of several lands the celestial bull appears in the guise of Heaven Man, his body providing the primeval matter of the Cosmos. A hymn of the Hindu Atharva Veda, titled “Extolling the Ox,” identifies the various gods with the limbs of the cosmic bull: “Prajapati and the most exalted one are his two horns, Indra his head, Agni his forehead, Yama his neck-joint. . etc.

In the same vein the Hindu Atharva Veda recalls “The mddy one, the sharp-homed bull, who encompassed Agni, the sun.

Are gas giants low-level stars?  You bet your chocolate cake they are!

Planet Saturn Mythology: Was Earth One of Saturn’s Moons?   (Along  With The Other Planetary Gods, Venus And Mars, etc.)

We do have mythological cross cultural evidence world-wide in the ancient times!

Enough dibble dabble.  Time to get nitty gritty in this biz.

1. Saturn Was A Ring-less Sub-Dwarf Star Or A Bigger Dwarf Star In The Ancient Past 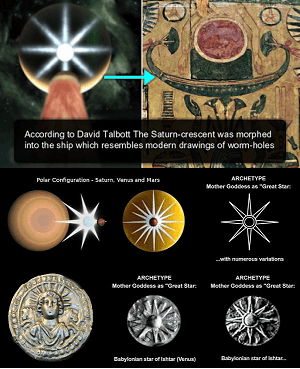 They are gas giants without a rocky surface, making them mini suns or STARS!

It’s a complicated calculus, but Fuller’s results suggest the presence of a calm, stable layer of gas near Saturn’s rocky core – an arrangement that doesn’t fit with classical theories describing planet innards and instead aligns more closely with what’s going on inside stars like the sun. In Saturn’s Rings, a Portal to the Planet’s Interior | National Geographic

Sub-brown dwarf or planetary-mass brown dwarf is an astronomical object that formed in the same manner as stars and brown dwarfs (i.e. through the collapse of a gas cloud) but that has a mass below the limiting mass for thermonuclear fusion of deuterium – wikipedia.org/wiki/Sub-brown_dwarf

RELATED: The Parallels Between Jesus And The Pre-Christian Ancient Olympian God Dionysus

Saturn’s moon Titan is Earth when it was just a baby. 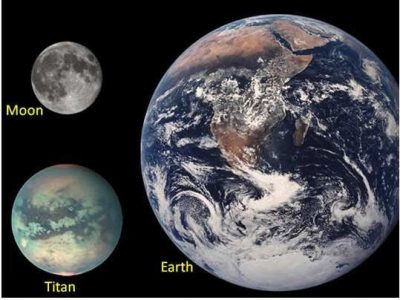 Saturn has the most moons.  Titan is known as baby Earth due to its strong atmospheres which resembles earth in the earlier days.  Earth was just like Titan The atmosphere of Titan is largely nitrogen; minor components lead to the formation of methane and ethane clouds and heavy organonitrogen haze. The climate—including wind and rain—creates surface features similar to those of Earth, such as dunes, rivers, lakes, seas (probably of liquid methane and ethane), and deltas, and is dominated by seasonal weather patterns as on Earth. https://en.wikipedia.org/wiki/Titan_(moon)

Axial tilts  of Saturn, Earth, Mars are nearly the same! 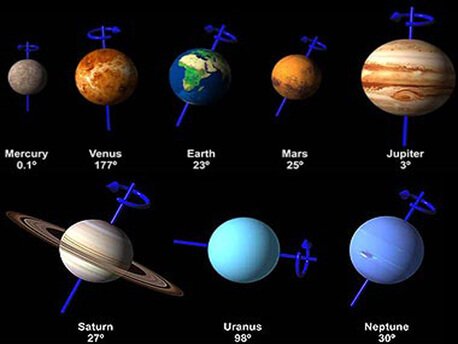 How can that be possible?  And how come other planetary giants, inner and outer solar system aren’t in the same axial tilt?

Laplace built his theory of the origin of the solar system on the assumption that all planets and satellites revolve in the same direction in a subtle way. He wrote that the axial rotation of the sun and the particularly orbital revolutions and axial rotations of the six planets, the moon, the satellites, and the rings of Saturn really present forty-three movements, all in the same direction, or so they thought.

“One generally finds by the analysis of the probabilities that there basically are pretty much more than four thousand billion chances to one that this arrangement is not the result of chance; this probability kind of is considerably pretty much higher than that of the reality. http://robscholtemuseum.nl/wp-content/uploads/2017/12/Immanuel-Velikovsky-Worlds-in-Collision.pdf

Wrapping The Rings Of Saturn Up. 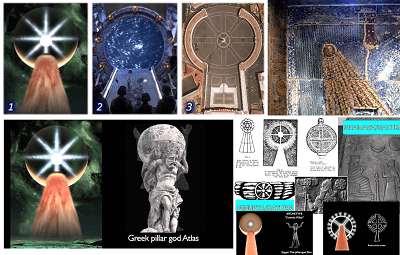 When you read the books, you’ll see the detailed myths that have powerful cases and tons of worldwide cultural references.

Therefore, the evidence is hard to refute.

Every specific detail might not be right, but the foundations blueprint of this theory is undeniably compelling!