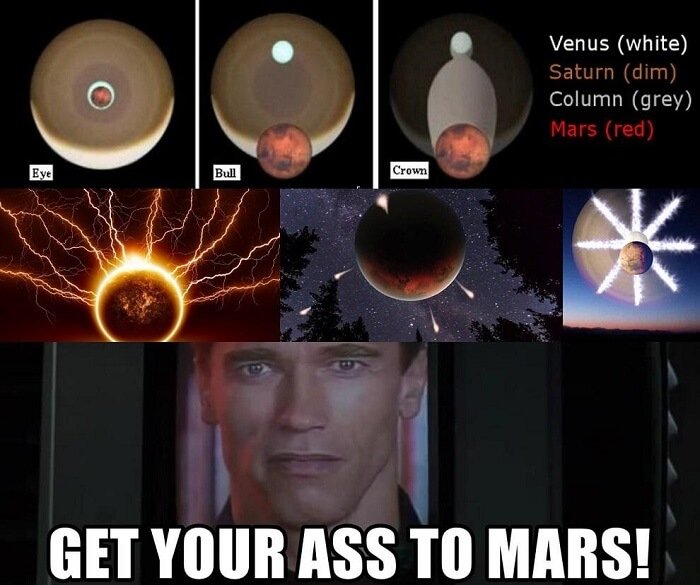 Did you know Mars is another archetypal thunder God?

Mars seen some crazy shit back in his early original gang-star day.

Especially when Mars has the scars to prove it.  We’re talking about over 630,000 craters of scars! 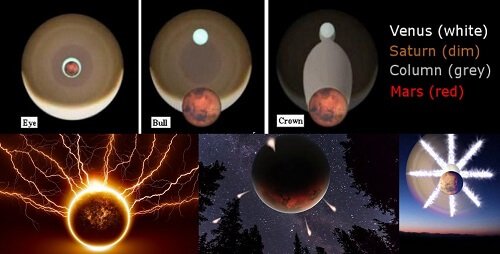 The solar system wasn’t always posing like a supermodel in its current position.

The planetary Gods have an origin story.

It’s an evolutionary tale of a destruction during their planetary in the solar systems infant years.

The Saturnian myth by David Talbot states Venus, Mars, and, Saturn were dancing in celestial alignment.

When 2 planets get in close proximity with a surface area of opposite charges we get huge cosmic thunderbolts creating massive craters.

This of course is a rare event such as the recent evidence indicates exoplanet collisions are possible like in the examples of Kepler 107c or BD +20 307.

Of course there are meteorite impact craters, but not all of them are caused by them as we’ll investigate now. 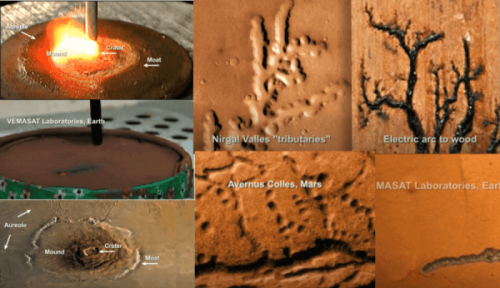 Birkeland currents (Image on the left) create different shapes of geometrical plasma pinch shapes from the electric discharge between 2 planets with opposite charges on either hemisphere.

Olympus Mons reveals the same blistering results that parallels the Vemastat experiment on the image. 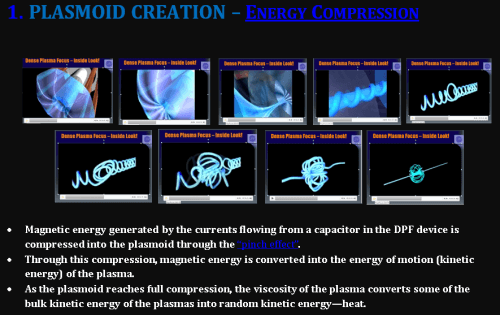 A cylinder beam of energy created from smaller fractal beams of energy waves continuously electric scarring on the surface of Mars.

This is exactly the same weak discharge we see in at the Earth’s aurora aka the Northern Lights.

The bottom image of the Earth’s aurora is a real image from an aurora hunter in the middle.

Those are the cylinder sheets.

2 planets with 2 different electrical charge(one negative, the other positive charged).

When there’s strong electrical discharge the currents form a plasma pinch, which creates a rotating arc.

The arc carves out the surface creating scallop shape dendritic figures on the edge of Valles Marineris and other Mar’s craters. The entire region resembles nothing so much as an area zapped by a powerful arc advancing unsteadily across the surface.” – Engineer Ralph Juergens

This is why they’re anomalies.  It goes against ANYTHING we’ve ever seen.  It’s a glitch in the matrix.

Valles Marineris is the Grand Canyon on steroids.  Planetary faults lines are BIG anomalies on Mars since they lack them.

There’s no evidence of tectonic shifts to cause these “rifts”.

“The origin of the Valles Marineris remains unknown“ Nasa.gov/Valles-Marineris 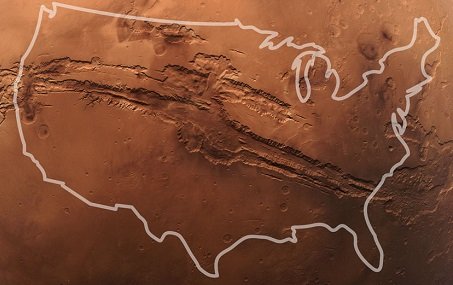 There is no strong evidence to “cooling” pertaining to the massive scars on Mars.

How come we don’t see cooling on other planetary orbital bodies?

Google image Cere or our moon, or any number of orbital planetary moons.

You won’t see any massive scar tissues, or any at all.

If this was a naturally occurring process of orbiting bodies we’d see them everywhere, but we don’t, which is rare.

The giant trough system of Valles Marineris is one of the most spectacular landforms on Mars, yet its origin is still unclear. Although often referred to as a rift, it also shows some characteristics that are indicative of collapse processes. Harvard.edu/Valles-Marineris

What sound theory shows evidence of “massive scar-like erosions” are caused by natural weathering?  None.

Notice the image with electric Licthenberg wood marks on the left and Valles Marineris on the right.

Valles Marineris was created within minutes by a giant electric arc sweeping across the surface of Mars – Wallace Thornhill, Physicist

RELATED: Saturn Lord Of The Rings

What’s the chances a meteor chain creating a long scarring (And they have to hit that same ROW consecutively)?

What if those marks developed later?  Impossible.  The timeline of erosions happen at the same time.

It was as if an electric plasma beam was are dragged across the entire planet (There are even ancient myths about this).

Can it be water dendrites?

Mars does contain water gullies that are distinct from electrical dendrites.

Water gullies LACK scalloping edges with short dendritic branches which surround these the edges of the Mar’s crater rims. 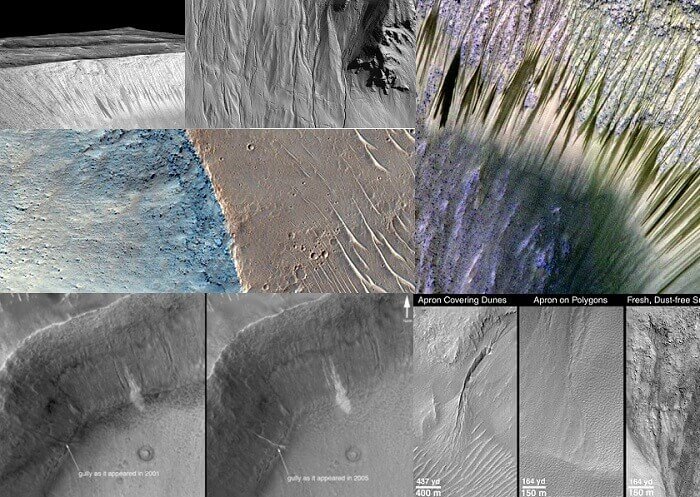 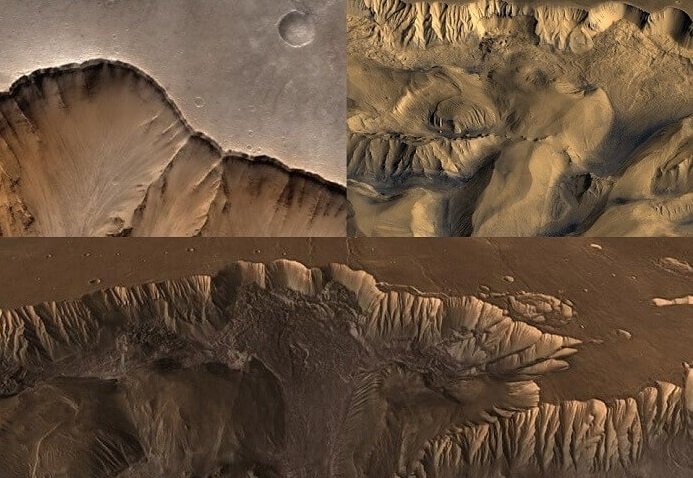 There are noticeable differences.  Lava leaves certain types of footprints behind.

Lava can leave striated or geometrical basalt marks behind.

Basalt forms from rapid cooling by water or ice, which we see this on Earth.

We see clear-cut evidence of this from the geometrical shapes left behind At Valles.

The starting point is just north of Valles Marineris at the ocean floor indicating water or ice present at that location (Go to Google Mars, and type “Valles Marineris”).

But in this case a thunderbolt caused the lava flow. 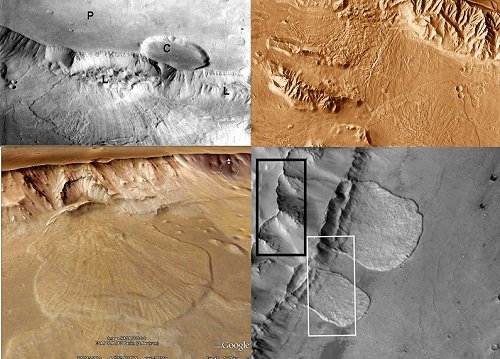 Notice the floor of Valles.

Notice the pattern of molten lava running through the edges?

A lightning bolt was dragged from east to west.

Notice the evidence of dry lava flow overlapping each other, the further we go west of Valles Marineris.

The ONLY thing that can cause this is if something HOT was dragged across, causing the meltdown.

And we don’t see any differences in the erosion timeline(meaning this happened in ONE shot).

Maybe a galactic machine gun shot out a chain of consecutive meteorites ?

It is worth remembering that a cosmic thunderbolt of sufficient power to carve Valles Marineris would not just distribute pulverized debris around the planet, but launch great volumes of rocky and dusty debris into space. This could include both the red dust that has fallen historically upon our own planet and the meteorites that have been definitively identified as Martian in origin.

Hence the unexplained dendritic ridges on Valles Marineris and Olympus Mons are crucial pointers to a history of the Red Planet far more dramatic than traditional theory has ever allowed. – David Talbott https://www.thunderbolts.info/dendritic-ridges-valles-marinas

We should have an uninterrupted continuous flow of erosion, if it was water or lava, but we don’t see it. Here you see some examples of these rille anomalies. 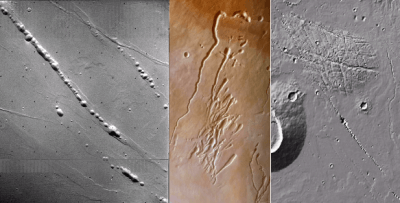 Pavonis Mons is one example that (thought to be a volcano) disrespects the rules of lava flow!

And we see no evidence of collapsed caves.

However such reasoning can be hopelessly misleading if the major premise is not certain. Mars is a desert planet with no possibility of flowing liquids today nor, it seems, for a long time past.

But the huge channels look as if they were carved yesterday. That should be sufficient to doubt the major premise.  However lazy logic forces us simply to conclude that there must have been large quantities of liquid water on Mars in the pasthttps://www.holoscience.com/wp/mars-and-the-grand-canyon/

The only wrong information provided by this link is about water being on Mars.

We just saw the evidence for water on Mars (And there was a lot of it).

Where did it all go?  Vaporized maybe?

And there are several of these on MARS!

These are NOT multi-basin ring craters (although they slightly resemble them).

NOR are they peak RINGS formed by complex craters. 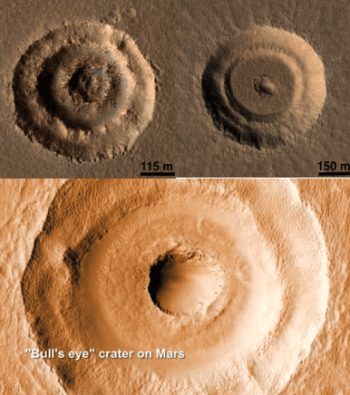 Simple craters are small which create a small indentation as you can see here, with an ejecta blanket caused by debris.

Here’s an example of a simple impact crater.

This refutes any meteorite impact.

In fact, a bunch of them are on mars in the same regions!

“An ionized discharge path of lightning does allow for subsequent discharge along the same path.  The bullseye crater is a logical extensions of the electric model.” – David Talbott

Large meteorites create shock waves to form creates central peaks or peak rings in the middle of the crater.

This is the basic foundation of complex and simple crater morphology, which we’ll see soon see in Anomaly #5.

The bullseye crater contains a crater WITHIN another crater.

Neither type simple or complex impact crater explain this phenomena..

These are NOT Martian meteorite impact craters!  The ejecta blanket differs completely from a crater impact! 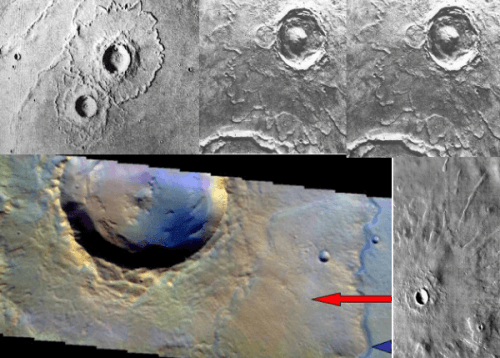 The ejecta blanket suggests a continuous flow of impact to create the single or double ejected blanket.

The original theory for rampart is a meteorite collided with the icy covered ancient Mars which holds true, except it was a beam of energy.

“Rampart” craters and “pedestal” craters on Mars are virtually impossible to explain with the impact model. Pedestal craters, including their bottoms, stand ABOVE the elevation of the surrounding terrain. Rampart craters, like the one shown in the above THEMIS image, are surrounded by a “moat” (red arrow) that’s deeper than the original ground level and an outer “rampart” (blue arrow) that’s higher than both the moat and the surrounding terrain. The outer rampart seems to have “flowed” away from the crater, rather than to have been ejected. – Thunderboltsproject.org/craters-are-electric

At the present time, Ransom’s electrical discharge experiments have provided the only fact-based explanation for these anomalous formations. It is only reasonable, therefore, to ask if the “blueberries” and the domed craters were produced by the same electrical force, acting on widely different scales. We must also emphasize that, from the electric vantage point, the agent that created the domed craters would have left its signature in other ways as well. https://www.thunderbolts.info/domed-craters

A blister mark is one of the key signatures caused be electric discharge.

Olympus Mons is 4 times bigger than the Mt Everest (biggest mountain on Earth).

It has unique features that no volcano on Earth has, which begs the question if Olympus Mons was ever a volcano at all.

Scientists claim it was a shield volcano, aka the old outdated theory.

The problem is that shield volcanoes LACK scarps!

“Numerous features distinguish it from any shield volcano on Earth.  It’s steep scarp rises up to 4 miles (6.34km) high.  No shield volcano offers a counterpart to this towering cliff.” – David Talbott

Collapsed craters on Mars do exist, revealing the notion of lava.

The dark spots reveal clues to burnt ashy residue left behind as we see a lot on Mars.

1- Simple craters Do Not Have Central Peaks But These Do! 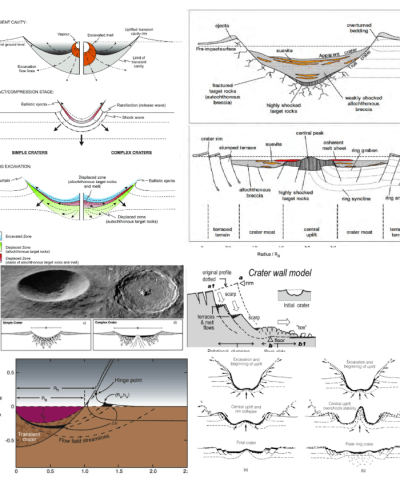 Link to a higher resolution > Imgbb.com/upload/mars-simple-complex-craters

Only massive complex craters have a central peak created by the shock wave.

And we got the vice versa.

We have NO rings in massive complex craters.

This is very ODD!  And we see multiple examples of this.

Anomaly #6:  Multiple Hexagonal Craters (NOT Just Mars, But our Moon Too)

Why are we seeing carved shape craters? 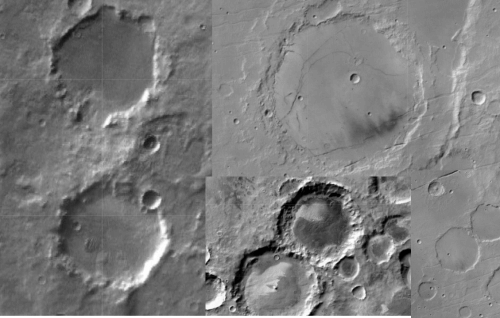 Single cylinder sheets forming a Hexagonal beams of energy, called the plasma pinch set from an electrical discharge between the planets.

It goes without saying that hexagonal cratering patterns are difficult, if not impossible, to explain with the impact hypothesis. And incredibly, many dozens of such formations have been imaged on planetary surfaces. Above, you see just three of the many observed on Mars (a comprehensive collection can be viewed here ).

The significance of these experiments is underscored by the fact that studies of impacts have never suggested any kinetic force that might generate such a hexagonal pattern. https://www.thunderbolts.info/electric-craters-discharge

Is This Where Get The Ancient Mythological Stories Of Mars?

In the Skanda Purana, a Hindu religious text, Mars is known as the deity Mangala (मंगल) and was born from the sweat of Shiva.[5] The planet is called Angaraka in Sanskrit, after the celibate god of war who possesses the signs of Aries and Scorpio, and teaches the occult sciences. The planet was known by the ancient Egyptians as “Horus of the Horizon”,[7] then later Her Deshur[8] (“Ḥr Dšr”[citation needed]), or “Horus the Red“.

The Hebrews named it Ma’adim (מאדים) — “the one who blushes”; this is where one of the largest canyons on Mars, the Ma’adim Vallis, gets its name. The Chinese, Japanese and Korean cultures refer to the planet as 火星, or the fire star, a name based on the ancient Chinese mythological cycle of Five elements.  In ancient China, the advent of Mars was taken as a portent for “bane, grief, war and murder”. https://en.wikipedia.org/wiki/Mars_in_culture 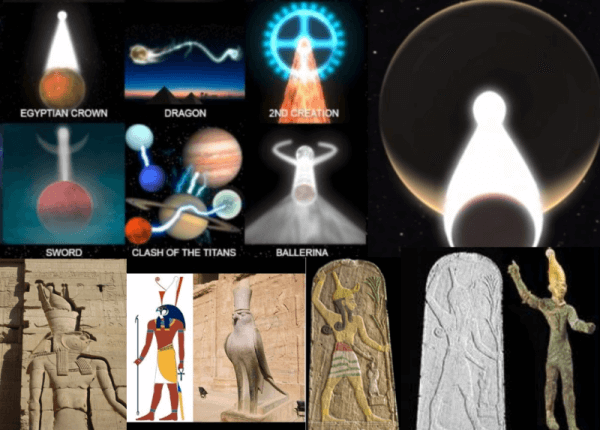