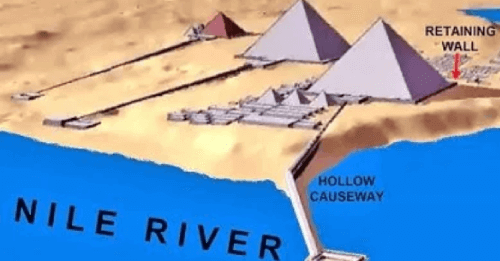 There are 2 schools of thoughts when it comes to discussing the purpose of the Giza pyramids.

Mainstream Egyptologists claim these were megalithic tombs being used to bury pharaohs to in order to fulfil a religious/mythical belief. 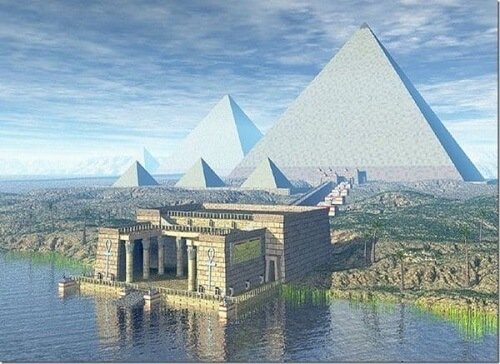 No mummies were ever found in pyramids, because most were buried in the Valley of the kings (Dates all the way back to 16century B.C.).

There are alternative views such as the pyramids were being used for a practical spiritual purpose.

Some believe the pyramids were places of secret initiations into the esoteric/occult mystery schools of metaphysics, magic and other mystical woo woo.

Egyptology has been polarized into two primary factions. The Orthodox camp follows the standard version of history that claims the Great Pyramid was utilized as a tomb by Khufu. Yet, no one has ever found any signs of a non-intrusive burial within any pyramid.

The only sign that the Great Pyramid was even related to Khufu is a glyph in an upper chamber that was most likely forged by Perring.

Alternative Egyptologists and researchers had a different idea on what the Giza pyramids were used for. 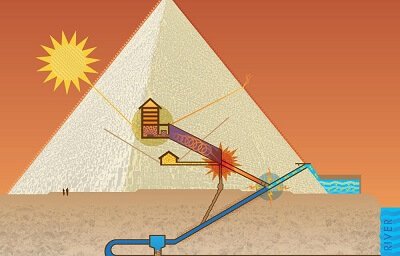 Edward Kunkel believes it to be some type of hydro pump, which he discusses in his book, Pharaohs Pump.

Chris Dunn (Engineer) believes it to be some type of sonic machine.

Edward Kunkel tried to incorporate all of the rooms and shafts into the water machine. This was a grievous mistake that haunted him. Chris Dunn’s work focused primarily on the upper rooms and shafts.

He described he subterranean chamber as having housed the equipment that drove the pyramid to resonance. Hakim taught Stephen the existence of miles of water tunnels that connected all of the ancient civilization.

RELATED: Is The Sphinx Much Older Than We Thought?

Stephen Mehler is an independent Egyptology who received indigenous teachings by Hakim on the Giza pyramids. 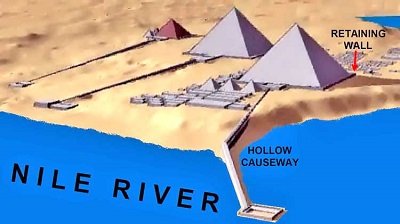 There are some of the oral teachings Stephen received from Hakim:

Putting all the research these people compiled provides the missing pieces of the puzzle.

John Cadman did some good work on orchestrating a symphony of evidence of the hydraulic power plant theory, researched by these gentlemen.

The basic design of this ancient hydraulic water pump uses the force of falling water to build up pressure which then pushes water upwards into the chambers.

The Nile river was at a higher elevation, which was the source of the ram pump system.

Before any theorizing about the Great Pyramid, a little pump background is helpful. Invented in the 1700’s, hydraulic ram pumps are a primitive but highly effective machine.

These simple pumps incorporate only two moving parts. Used extensively around the world until the invention of the electric water pump, these pumps have nearly been forgotten. The basic design utilizes the force of falling water to elevate part of the water.

Water from the Nile drives downwards into the compression chamber, then escapes from the waste valve until the velocity forces the valve shut.

Water from the output line shoots upward because of the pressure buildup when the check valve is closed.

There’s still low pressure that is equal and opposite to the compression wave when it exits.

The waste valve opens again, as the standing pipe helps the compression wave reach the air.

The wave returns to the standing pipe and water flows back into the compression chamber, repeating the process once again.

The standing pipe is twice in diameter, which allows a higher cycle rate.

RELATED: Did Egytpians Use An Ancient Form Of Concrete To Build The Giza Pyramids?

Most hydraulic ram pumps are free standing, with the majority of parts being exposed above ground. A specialized application is to have the lines underground. The stand pipe needs to exit to air, and the waste valve also needs an exit.

To facilitate the waste valve output, a line may be extended from the compression chamber to an appropriate location. This allows for the bulk of the pump lines to be centrally located.

The subterranean room has baffled mainstream Egyptologists which they claim the master builders built the room by mistake. 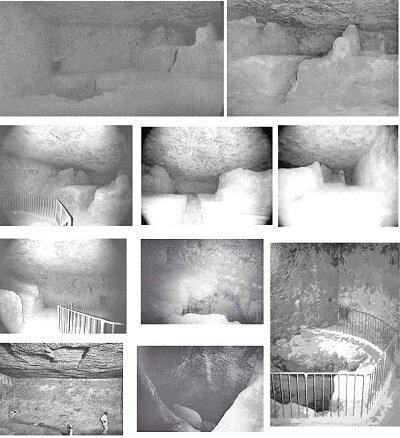 If these ancient people were master builders ahead of their time then how did the create this little itsy bitsy flaw?

It doesn’t seem plausible that such an advanced civilization would be prone to such silly mistakes.

The subterranean chambers are by far the largest chamber which lies a 100ft below the base of the great pyramids, which are carved from the solid limestone bedrock of the plateau.

The Greek Historian Herodotus visited Egypt around 500 BC. and wrote what he was told about the chamber. 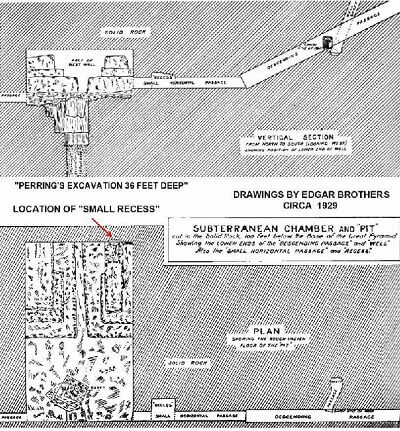 He wrote that King Khufu was on an island in a large water-filled chamber under the pyramid as water ran through a brick canal.

For this they said, the ten years were spent, and for the underground he caused to be made as sepulchral chambers for himself in an island, having conducted thither a channel from the Nile. For the making of the pyramid itself there passed a period of twenty years; and the pyramid is square, each side measuring eight hundred feet, and the height of it is the same.

I’ve stated earlier that the pyramids were places of initiations into the mystery schools, which included practices that affected the human soul. 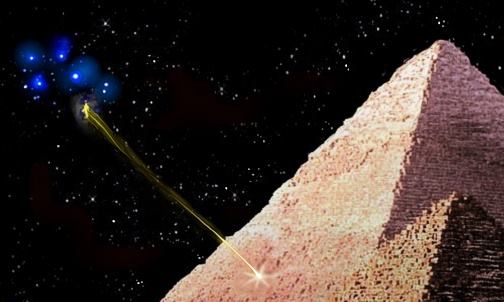 The king’s chamber looks as if it’s something that resembles an ancient sensory deprivation chamber.

In the King’s Chamber was enacted the drama of the “second death.” Here the candidate, after being crucified upon the cross of the solstices and the equinoxes, was buried in the great coffer. There is a profound mystery to the atmosphere and temperature of the King’s Chamber: it is of a peculiar deathlike cold which cuts to the marrow of the bone.

This room was a doorway between the material world and the transcendental spheres of Nature. While his body lay in the coffer, the soul of the neophyte soared as a human-headed hawk through the celestial realms, there to discover first hand the eternity of Life, Light, and Truth, as well as the illusion of Death, Darkness, and Sin.