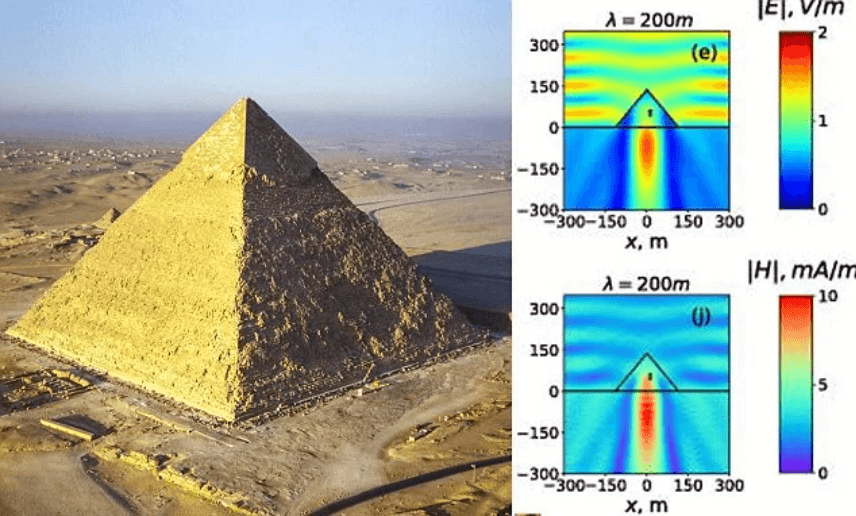 Were The Giza pyramids An Energy Producing Power Plant?

Did the ancients Egyptians already figure out how to use the power of electricity long before the 1800’s? 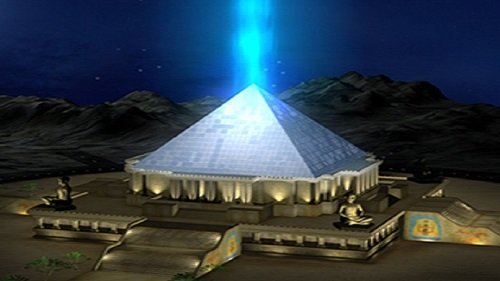 The very fact that we’ve only recently figured a way to harness electricity is as silly as a clown juggling in a circus while riding a unicycle.

Ancient people have witnessed thunder storms for ages and even created myths about lightning (Thunder Gods) that were told by multiple civilizations world-wide.

We’ve had examples of ancient artifacts that do produce electricity like the Baghdad battery, which dates back 3,000 years ago.

Giza Pyramids A Power Plant?  Valley Of The Kings And Golden Mummies

Most of the tombs that we’ve discovered are empty with no mummies inside them.

Most of them are buried in the valley of the kings or the golden Mummies. 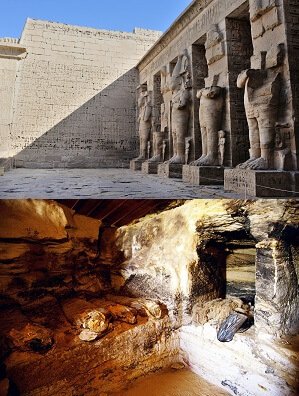 It’s possible that grave-robbers took the remains of pharaohs and kings.

Did the remains themselves hold some high monetary value?

An empty stone chest was found on the central axis of the pyramid that archeologists call the King’s Chamber. They claimed that this contained the coffin of the pharaoh, but that since this had been stolen it was now empty. But examination of the dimensions of the stone chest and the special location in which it was installed reveals a different state of affairs.

RELATED: Is The Sphinx Much Older Than We Thought?

If all the Egyptian tombs were burials for royalty, then why would there a be a need for the “valley of the kings”?

Another big discovery was back in 1996, when archeologist discovered the valley of the golden mummies, which dates back 2,000 years ago (Greco-Roman period).

They concluded there could be as many as 10000 mummified kings/pharaohs buried at the Golden Mummies.

The great pyramids themselves use to covered with white limestone perfectly cut to precision with a gold capstone on top.

Why would there need to be a gold capstone in the first place? 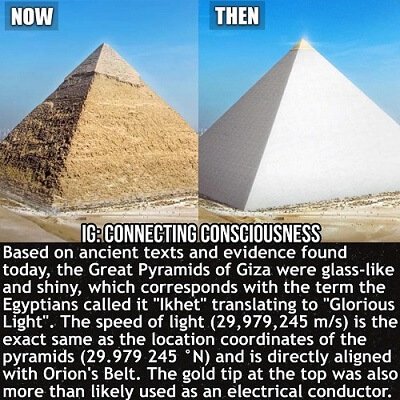 Did the Egyptians do this just for show or religious beliefs?

There’s granite inside the pyramids which can act like an insulation, since granite itself is a great conductor of electricity.

Granite is one of the hardest natural stones to work, so it’s pretty strange the Egyptians would go through all the trouble to use it.

Granite also contains high amounts of quartz crystals along with metals which are known to be highly conductive materials.

Granite is tough as nails, and it’s one of the hardest stones to cut through.

Why go out the way to use such tough material in the first place?

The pyramid’s underground chambers are granite conductors built within the rock charged with physio-electricity.  This electric current is conducted directly to the upper part of the pyramid’s granite covered subterranean chamber.  Granite is a very good conductor of electricity.

The electromagnetic field that forms at the bottom of the pyramid is transmitted in concentrated form to the upper layers of the pyramid. On the top of the pyramid there was a gold capstone gold being an excellent conductor of electricity.

RELATED: Did Egyptians Use Concrete To Build The Giza Pyramids?

Dolomite is a highly conductive material that’s present within pyramids of Giza.

Dolomite can conduct Piezo electricity, which occurs when there’s stress or pressure on the quartz crystal, similar to how quartz wristwatches work.

Copper wiring might’ve been used to conduct the electrical flow through the pyramid, but they’ve found none. 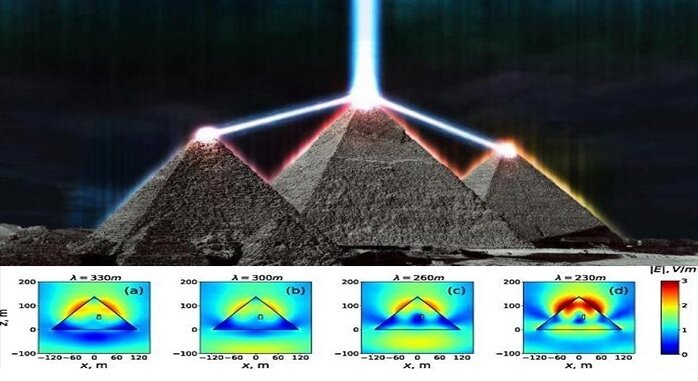 The looting of the pyramids has always been a problem for over 1000s of years, so it’s no surprise it all went missing after all that time.

The giant granite beams above the King’s Chamber could be considered to be 43 individual bridges. Like the Tacoma Narrows bridge, each one is capable of vibrating if a suitable type and amount of energy is introduced.

An international research group tested methods of theoretical physics to determine the feedback of the great pyramids by using radio waves.

The team theorized the Giza pyramids can concentrate electromagnetic energy in its internal chambers and under the base, under the right conditions.

The research team designed nanoparticles capable of reproducing similar effects, but the scientists had to make some assumptions to their theory for it to work. 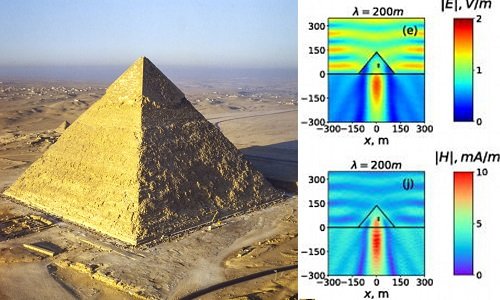 For example, they had to assume there weren’t any cavities in the pyramids for their theory to work.

While Egyptian pyramids are surrounded by many myths and legends, researchers have little scientifically reliable information about their physical properties. Physicists recently took an interest in how the Great Pyramid would interact with electromagnetic waves of a resonant length.

Calculations showed that in the resonant state, the pyramid can concentrate electromagnetic energy in the its internal chambers as well as under its base, where the third unfinished chamber is located.

Traditionally mainstream Egyptologists claim the causeway ramps were used to drag massive quarried stones and limestone when they built the Giza pyramids. 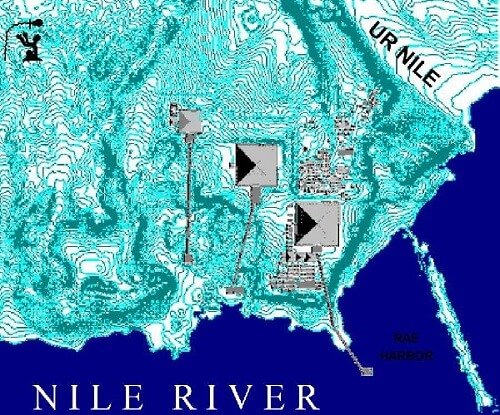 The layout of the pyramids coincidentally produces a layout that resembles an advanced hydraulic system/ram (Megalithic one).

The simple hydraulic system is a 2 part system that was invented in the 1700s.

Did we have the technology of an ancient forgotten hydraulic system, just be to rediscovered once again?

Before any theorizing about the Great Pyramid, a little pump background is helpful. Invented in the 1700’s, hydraulic ram pumps are a primitive but highly effective machine.  These simple pumps incorporate only two moving parts.

Used extensively around the world until the invention of the electric water pump, these pumps have nearly been forgotten. The basic design utilizes the force of falling water to elevate part of the water Water flows down the drive pipe into the compression chamber.

The hydraulic pump uses the force of falling water to elevate another part of the water as it flows down the drive pump into the compression chamber.

The valves shutting causes a rise in pressure, which pushes the water upwards through the output line.

The valve shutting causes a high pressure spike that forces water past the check valve and through the output line. The waste valve reopens and once again allows water to flow  down the pipe. The stand pipe affects the cycle rate by creating a shortcut for the reverse surge.

Giza Pyramids Are Power Plants? Other Uses For The Pyramids (Transforming Of The Soul)

The Giza pyramids seemed to have a different purpose according to a 33rd degree Freemason, Manly P. Hall.

He claims the pyramids was a place of initiation into the esoteric mystery schools of metaphysics and spirituality.

The purpose of the initiation was to enhance an individual’s spiritual, mental, and emotional growth of the human soul.

One of initiations Manly talks about is called the 2nd death in which a neophyte noob used the king’s chamber for esoteric purposes.

It seems as almost like the coffin in the kings chamber was an old school sensory deprivation chamber.

In the King’s Chamber was enacted the drama of the “second death.” Here the candidate, after being crucified upon the cross of the solstices and the equinoxes, was buried in the great coffer. There is a profound mystery to the atmosphere and temperature of the King’s Chamber: it is of a peculiar deathlike cold which cuts to the marrow of the bone.

This room was a doorway between the material world and the transcendental spheres of Nature. While his body lay in the coffer, the soul of the neophyte soared as a human-headed hawk through the celestial realms, there to discover first hand the eternity of Life, Light, and Truth, as well as the illusion of Death, Darkness, and Sin.