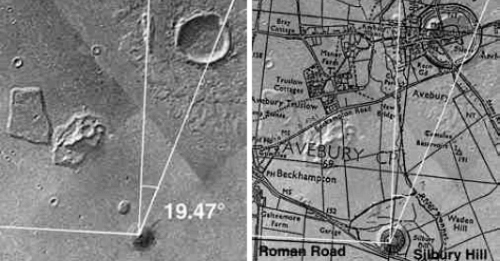 Cydonia Mars Is An Exact Replicate Of The Stonehenge

Cydonia Mars And The Stonehenge Connection

Was there a lost civilization on Mars which intimately links with older civilizations from ancient Earth?

Cydonia Mars is one of the most remarkable landmarks on our neighboring red planet.

In 1976, The Mars Viking Orbiter photographed what seemed to be a series of artificial structures which 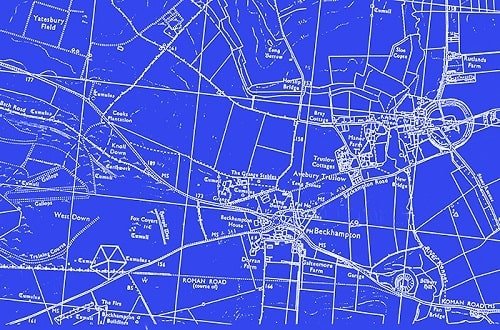 included pyramidal figures, a 5 star pyramid, and an ancient sphinx type of face.

Richard Hoagland (Ex NASA consultant) believes that the images show artificial structure created by a higher intelligence which NASA as team doesn’t even admit to these strange anomalies.

Richard claims that there are artificial buildings on Mars, an ancient race of intelligent beings once built ancient sites which parallel with some of the discovered ancient sites right here on Earth!

Back in 1991 it occurred to me that Avebury circle, (see figure 5) with its earthen rampart and ditch, is a depiction of the Cydonia crater on Mars, suggesting that Silbury Hill (figure 6 below) – along with other features in the area – might be an analog model or ‘mirror’ representation of the key features of Cydonia.

There is a distinct connection between the Avebury Stonehenge Circles, which date back to 3,000 B.C. and Cydonia Mars.

If you scale the measurements between the 2 locations and scale it down to 14:1, the structures perfectly 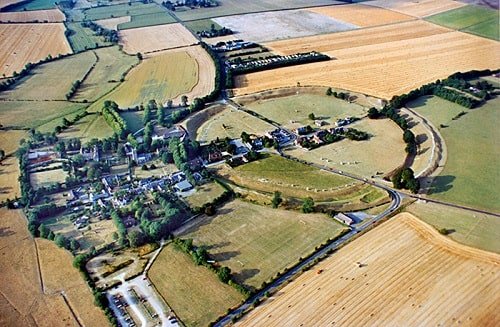 and coincidentally line right up.

Working with the large scale UK Ordnance Survey map of the region, I then carefully measured the two sets of items in question and found them to be stunningly proportionate. That is to say, when the Cydonia mound-and-crater complex is reduced by a ratio of approximately 14:1, i.e. fourteen miles in Cydonia equals one mile at Avebury, it fits exactly on Avebury/Silbury

Cydonia Mars And The Stonehenge Connection: Parallel Features Between The 2

Let’s star with the corresponding structures between our red neighboring little planet and Earth.

RELATED: The Mystery Of The Geometric Symmetrical Design Points To Intelligent Designl

9 millions cubic feet of material taken from a different location to construct Silbury Hill, which was 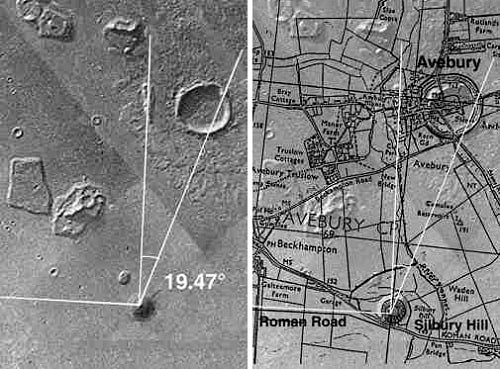 interestingly made into a spiral mound.

Both structures fall 19.4 degrees, which mirror those 2 landmarks.

Is that just another coincidence?

Cydonia Mars And The Stonehenge Connection: 4 Roads Which Both Locations Have And Match

All roads lead to Mars and Earth in which perfectly mirror each other which all form tangent between Cydonia and the Stonehenge. 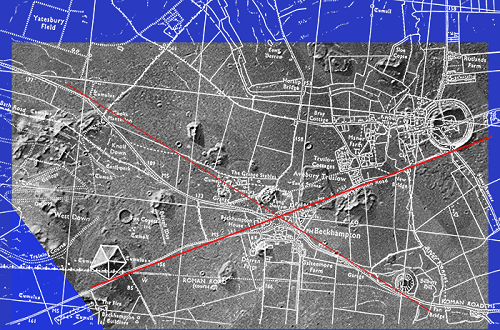 The tangent roads run parallel to each other, crisscrossing to the south of the spiral mound and spiral hill.

It appears that tangents are strongly implied both on Cydonia and in the Avebury analog. And interestingly, the lines cross at the northern tangent of the Beckhampton roundabout (traffic circle).

Cydonia Mars And The Stonehenge Connection: The Face Of Mars

The face of mars is another clue to the past of Mars. 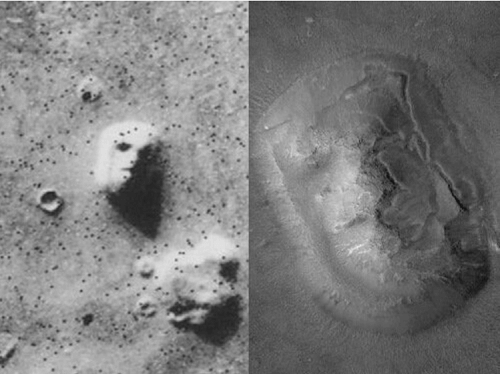 Along with the keyhole glyph of mars, the face of mars is one of the most symmetrical anomalies ever to be discovered on Mars.

The chances of this anomaly is probably one of a gazillion for such a vast landscape have unimaginable proportional symmetry.

Careful examination of the image provides additional evidence supporting the hypothesis that the Face is a highly symmetrical and geometrically regular structure. The top corners of the A-B-C-D rectangle frames two rounded corners on the Face. As shown in Figure 11 the corners also appear to have the same

Symmetry/bisymmetry is extremely prevalent in nature and in smaller structures, but megalithic structures like a pyramid or a sphinx are a different matter.

Big massive natural isometric/bisymmetrical structures don’t really exist, especially ones that have a high degree of symmetry, which can only point out artificial creation?

Could this be have a naturally occurring structure? Of course it could’ve been, but the chances of this being a natural formation is a snowball’s chance in hell.

Using repeatable geometrical constructions based on clearly resolved features the Face appears to fit a consistently expressed geometrical model based on rectangles having a long to short side ratio of 4/3, i.e., by rectangles diagonally bisected by 3-4-5 right triangles.

When we look for anything in massive structures, we look for the isometrics/bisymmetry which the face of mars perfectly fits the criteria. 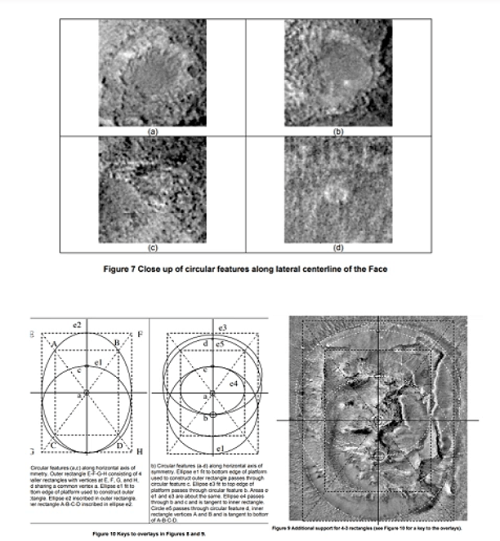 The face of mars contains not one but 2 highly symmetrical structures as the face appears to be helmet.

If we run imaginary lines between the 2, we can see the geometrical relationship they form between each other, given the erosion seen on the left side of the face.

The Avebury and Cydonia aren’t the only structures that have an interplanetary connection between 2 ancient civilizations.

Does the face of Mars have have any connection to any ancient artifacts/glyphs of our planet Earth?

You bet your ass there is!  The ancient Olmec helmets seem to be an exact replica of the face of Mars.

The ancient race of Olmecs date back around 2500 years ago with no written records but art and inscriptions of myths which closely relate the Aztecs/Mayans.

This ancient civilization left a cryptic trail of sheer mystery. 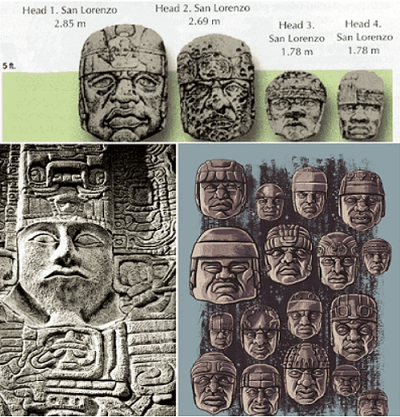 Some suggest that the Olmecs were the first to occupy the Americas.

Some suggest the Olmecs migrated from the ancient east and were the first to occupy the Americas.

Other megalithic heads were discovered in the intervening years, all with African facial features. This is not necessarily to suggest that the founders or leaders of Olmec civilization came directly from Africa, since many original populations of countries like Cambodia and the Philippines have similar characteristics. These might have been brought along when the first humans entered the Americas from Asia.