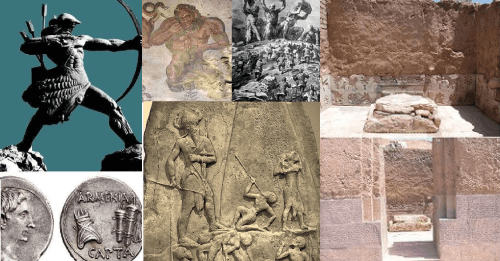 Haykaberd aka Cavustepe, (Armenian translation for Fortess Of Hayk) is an ancient site is in the Gupinar distract of Van Province Turkey, dating back 5,000 years ago in which a mythical battle took place between Hayk And Bel. 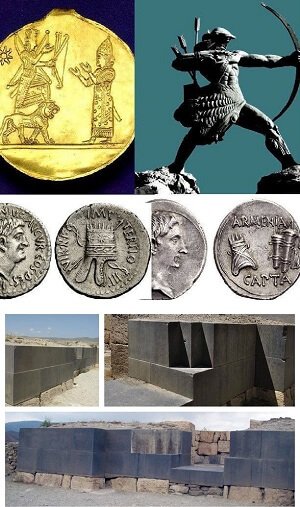 Movses Khorenatsi (Latin Moses Of Chronnestina 470 A.D) was an Armenian historian gives who gave Biblical accounts of Hayk, son of Japeth, and a descendant Of Adam.

According to the accounts of Moses of Chorene and Sextus Julius Africanus, the battle occurred between the dynasty of Hayk and a Chaldean Dynasty in its third generation that had control of Babylon and the remaining territory of Akkadia under King Belus, a symbolic Babylonian/Akkadian God of War, or founder of Babylon depending on mythological tradition.

The conflict is said to have happened in 2492 BCE or 2107 BCE. Bel may symbolize the Gutian dynasty of Sumer, which ruled remnants of Akkadia as a tyrannical power during a Mesopotamian Dark Age after the Akkadian Empire broke up in 2154 BC.

The Scythians (Ancient Persians) supposedly destroyed this ancient gem of a city which contains a combination of truth and myth.

Armenian Mythology: The Ancient Battle Of The Giant Gods 5,000 Years Ago

The battle of the 2 giant gods Bel And Hayk took place near Julamerk southeast of Lake Van in 2492 B.C. 2492 BC (according to the Armenian traditional chronology) or 2107 BC (According to “The Chronological table” of Mikael Chamchian).

The titan giant Bel met his doom with an impossible shot from Hayk’s arrow, right at his chest. 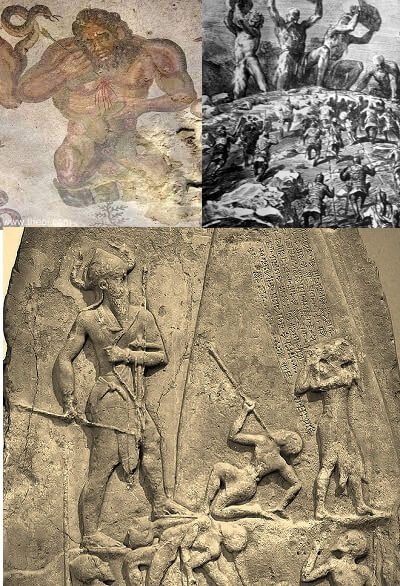 In comparative mythology, Bel symbolizes other pagan gods, such Zeus of Greece or Jupiter Belus of Roman myths and also responsible for building the ziggurat.

Belus or Belos (Ancient Greek: Βῆλος, Vilos) in classical Greek or classical Latin texts (and later material based on them) in a Babylonian context refers to the Babylonian god Bel Marduk.

Though often identified with Greek Zeus and Latin Jupiter as Zeus Belos or Jupiter Belus, in other cases Belus is euhemerized as an ancient king who founded Babylon and built the ziggurat. He is recognized and worshipped as the god of war.

Bell’s warriors fell to their doom at the hill which was named Gerezman, meaning “tombs”.

After the war, Hayk built the fortress of Haykaberde and the town of Haykashen in the Armenian province of Taron in modern Turkey.

Legend also state that these god giants were the mystery builders of the architecture of these ancient sites. 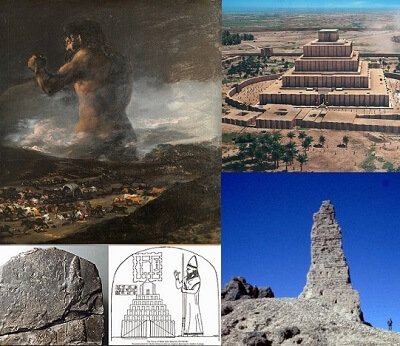 tales about the giants and vain fables about inept troops which conceived and gave birth to the Tower, and then were dispersed throughout the great, countless uninhabited places where [previously] no voice had penetrated.

At that time the giant Be’l the Titan ruled as king in Babylon, a hunter and grand false god who was extremely powerful and very handsome. He was ruler over all peoples spread across the face of the entire world and he [accomplished] his royal commands over all peoples with the aid of witchcraft.

The giant, who thought himself to be a god, immediately fell to the ground and his troops fled. Pursuing them, [Hayk and his troops] took herds of horses, mules and camels from them.

Armenian Mythology: Perfect Stone Work At The Fortress Of Hayk

The stone work is an amazing wonder and still a mystery of how one of the first ancient recorded civilizations manage to perform such geometrical-symmetrical perfection?  One of the most plausible and strong supporting theories is geopolymers aka liquid stone.

Prof. Dr Afif Erzen was the first to start archeological excavations in 1961. 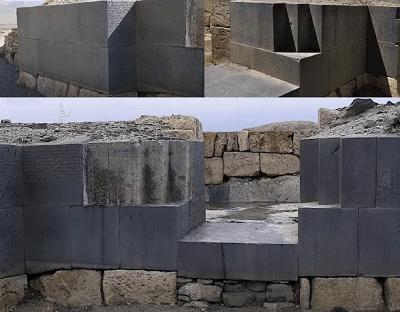 The excavations continued until 1984 in which they unveiled the Haldi temple at the upper castle with a palace, city walls, and storehouses.

The temple is square planned and have avant-corps corners similar to other examples in the royal cities of Urartu. It is reported that the yard in front of the temple is surrounded with stoops in three directions.

These storage units contained 2 parts in which they’ve found 120 pithos with 36 tons of products containers with a 300 kilogram capacity. 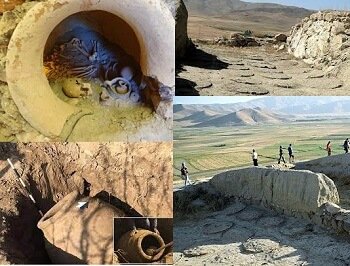 The Urartians had a canal system to provide water for the castle for grapes and wine that were kept in the pithos.

The containers had a capacity of 36 tons of products. Each pithos has a capacity of 300 kilograms. Buried underground, the pithos storages has units of measure written in cuneiform.

Cereals obtained from the Gürpınar Plain were kept there. They were used as granaries and met the needs of the people living there. The Urartian kept all of their supplies there to meet the needs of officials in the palace.

Armenian Mythology: Stones of Ayanis, New Urban Foundations and the Architectonic Culture in Urartu during the 7th C. BC 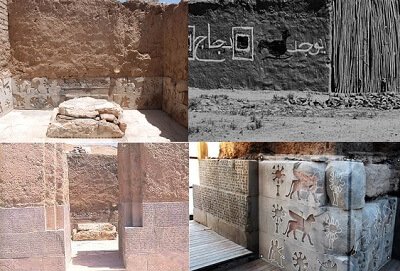 This ancient civilizations had a long standing history of ancient yet simple technology.

monumental building activity, as a historically conspicuous event, creates a medium of exchange of artisanal knowledge and technological innovation. While challenging the existing limits of human knowledge the festive context of the building project provides a basis for the craftly transformation of resources into cultural products.

Through the mobilization of the symbolic capital to the political center in the form of material resources, labor force and qualified craftsmen from outside, the site of the building project constitutes places for cross-cultural exchange.

Researchgate.net/publication/Stones_of_Ayanis Culture In Uratu 7 Century BC

The entrance of Haldi temple’s is an impressive portal that which contains one of the longest inscriptional texts discovered. 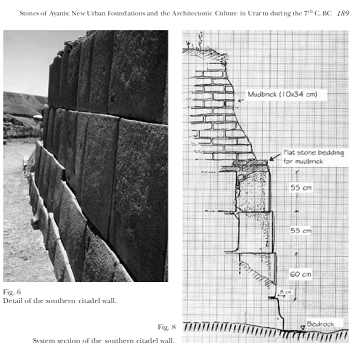 build a monumental temple dedicated to the God Haldi at Ayanis.

The team took landscapes from the terrain, transformed into architectural wonders, and usually the construction of these sites were often connected to celebratory events.

The entrance to the cella of the Haldi temple is an impressive rabbeted portal which displays a lengthy monumental inscription, one of the longest texts ever recovered from Urartu56.

The monuments exhibit such elaboration and novelty in their construction techniques, choice of materials, and sophistication in overall design, and therefore they help to explore the long term traditions and short-term changes in the tectonic culture of the Urartu.

The innovative architectural layout of the Ayanis citadel housing the Haldi temple complex, and the building technologies employed in its construction speaks to such a political architectonics to borrow Adam Smith’s term.  The royal rhetoric of Urartian inscriptions boasting about transforming places of wilderness to urban landscapes must also be understood in this context.

Researchgate.net/publication/Stones_of_Ayanis Culture In Uratu 7 Century BC